Thirty years on, the fall of the Berlin Wall seems like a miraculous ending for the most indelible armed standoff of the Cold War. But the nonviolent collapse of the wall was a close call, notes , the Kravis Professor of Historical Studies at Johns Hopkins University and the author of “The Collapse: The Accidental Opening of the Berlin Wall.” 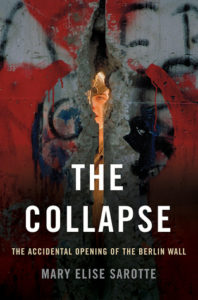 Political leaders’ grand strategies had provided the context in which it could unfold, but on Nov. 9, 1989, it was the actions of average East Germans that made it happen. Caught unprepared, the secret police, border guards and military forces scrambled to reassert their power, but it was too little, too late. The closer we look, the clearer it becomes that the peaceful demise of the wall depended largely on the actions of ordinary people, she writes for the Wall Street Journal.

When we say 1989, we think of Europe. But two other events that year produced enormous long-term implications for U.S. foreign policy, notes James Goldgeier (@JimGoldgeier), Robert Bosch Visiting Senior Fellow at the Brookings Institution and a professor of international relations at American University:

The United States spent four decades containing the Soviet Union and then a quarter-century promoting a new Europe, but it no longer has a clear foreign policy strategy for Europe and with Europe, he writes for the Washington Post.

University of Oxford scholar Paul Betts pointedly noted, “Open borders, long proclaimed by 1989ers as the expression of freedom and human rights, are now identified as the very causes of insecurity.” If 1989 was a victory for democracy and rule of law, it’s become a lot tougher in the era of political polarization and rising populist nationalism 30 years later to claim that those remain best practices, adds Goldgeier,the co-author (with Derek Chollet) of “America Between the Wars: From 11/9 to 9/11; The Misunderstood Years Between the Fall of the Berlin Wall and the Start of the War on Terror” (PublicAffairs, 2008). 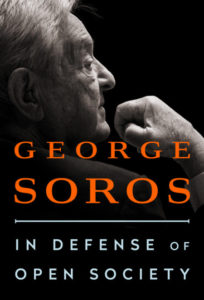 Those were heady days. Open societies were in the ascendant and international cooperation was the dominant creed, says George Soros, Chairman of the Open Society Foundations, whose most recent book is In Defense of Open Society.

Thirty years later, the situation is very different. International cooperation has hit serious roadblocks, and nationalism became the dominant creed. So far, nationalism has turned out to be much more powerful and disruptive than internationalism, he writes for Project Syndicate.

T­­hree decades after the euphoria of the Berlin Wall’s fall, democratic erosion — not democratic consolidation — appears in the region’s headlines, according to Anna Grzymala-Busse, Professor of International Studies at Stanford University, and Pauline Jones, director of the International Institute at the University of Michigan. So what caused this backsliding? The dominance of liberal ideas became the victim of its own success, they write for the Washington Post:

As we are learning across the world, democracy is not an irrevocable achievement, they add. This is especially the case among newly democratized countries in the shadow of an aggressive and autocratic power.

According to the Bulgarian political scientist Ivan Krastev, the motivations behind the rebellion against communism were always more mixed than the Western triumphalist narrative suggested, notes Yascha Mounk, an associate professor of political science at Johns Hopkins University, Those brave protesters in the streets of Dresden and Gdansk, Budapest and Sofia, were united by a hatred of their communist regimes. But they were far less unified in their aspirations for the future, he writes for the Wall Street Journal:

A great number did seek to realize the core values of liberal democracy. But others primarily wanted to liberate their nations from Russian domination, to revive the influence of their ancestral religion or to give free rein to nationalism. In that light, today’s battle against liberal democracy by populists like Hungary’s Viktor Orban and Poland’s Jaroslaw Kaczynski is not so much a betrayal of the revolution of 1989 as a civil war among its protagonists.

But announcements of the demise of liberalism in the former communist bloc—and for that matter in other parts of the world, from India to the U.S.—are almost certainly premature, adds Mounk, a contributor to the NED’s Journal of Democracy and the author of “The People Versus Democracy: Why Our Freedom Is in Danger and How to Save It.” There is nothing like losing their individual freedom and collective self-determination to remind people that the values of liberal democracy are still vital.

Was 1989- the greatest year in European history? The European Council on Foreign Relations asks. ​​​​​​​In the first of a mini-series on the events of 1989, ECFR’s Mark Leonard is joined by Timothy Garton Ash, historian and Professor of European Studies at Oxford University. Ash provides insights into the course of our political history, but cautions on prescribing a course to our future. The neglect of solidarity, identity and community as part of the development of the European Union project has led to a hollowing out of European identity.

The revolutions that toppled Communism in Eastern Europe 30 years ago and heralded the end of the Cold War triumphed, in part, because of the work of Radio Free Europe/Radio Liberty (RFE/RL) and foreign broadcasters, a role showcased by RFE/RL in a new microsite titled Reporting 1989.

The National Endowment for Democracy invites you to a conference commemorating The 30th Anniversary of the Historic Democratic Transitions in Poland and Central Europe. RSVP