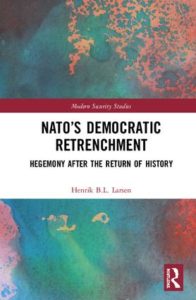 If democratic states renew their political institutions and social contracts and forge a wide coalition for action, a period of strategic competition with China and firm push-back against Russia could be blended with economic growth and focused cooperation, a recent Brookings analysis suggested. If not, we will enter a period characterized both by democratic retrenchment and a more turbulent, even violent clash between models,  cautioned Bruce Jones and Torrey Taussig, the authors of Democracy & Disorder: The struggle for influence in the new geopolitics.

Years of democratic retrenchment in Indonesia have fueled populist anger, which has manifested in the form of growing discontent against the establishment and the elites; rising Islamic conservatism and intolerance; and economic nationalism, analyst Alexander R. Arifianto wrote for The Diplomat. 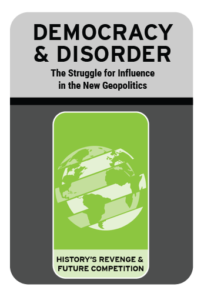 A new book offers a “realist explanation of democracy promotion,” outlining how the United States and European states balance aspirations for democratization against competing challenges or priorities. These include Russian aggression (Ukraine and Georgia) or subversion (Montenegro, North Macedonia and Bosnia), budgetary constraints (Afghanistan), or illiberal backlashes in target countries, says Henrik Larsen, a Senior Researcher at the Center for Security Studies (CSS) at ETH Zürich, the Swiss Federal Institute of Technology.

In order to revise transatlantic relations and reverse recent democratic retrenchment, the West must renew NATO (i) to position itself as a regional alliance of democracies in a mostly illiberal environment, (ii) to recognise democratisation as a fundamentally political struggle in countries where it remains engaged, and (iii) to focus on securing democracy at home given the increased sophistication of foreign influence campaigns, he writes in NATO’s Democratic Retrenchment: Hegemony After the Return of History.

While realists believe in the necessity of putting the national interest above preferred social values, Sen. Chris Murphy (D-CT) is more of a constructivist who believes the primary interest of the United States is promoting its values, Hunter DeRensis reports for the National Interest.

“Promoting democracy abroad is an interest. It’s not just a fuzzy value that Americans have, it’s an interest,” says Murphy. “We believe that the more people that have access to democracy the more safe the world is, the less threats that we face, and ultimately the more stable our own democracy is,” he said.

Whatever his success in promoting democracy in the final year of his presidency, President Barack Obama’s legacy was one of foreign policy retrenchment, argued Stephen Sestanovich (left), the author of Maximalist: America in the World From Truman to Obama. Retrenchment presidents like Dwight Eisenhower, Richard Nixon, and Obama all “agreed on how to implement their analysis—by making the big decisions themselves,” he wrote for The Atlantic Monthly.

“In fact, strong policy control is characteristic of all retrenchment presidents. Elected to clean up a mess, they tend (with some justice) to view the bureaucracies they inherit as prisoners of old ideas and aims,” notes Sestanovich, a former board member of the National Endowment for Democracy, the Washington-based democracy assistance group: