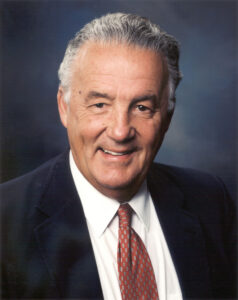 Former Sen. Paul Sarbanes, who represented Maryland for 30 years in the Senate and helped write a landmark anti-fraud legislation and draft the first article of impeachment against Republican President Richard Nixon as a congressman, has died, his son said. He was 87, POLITICO reports. The Democrat “passed away peacefully this evening in Baltimore,” said a Sunday statement by Rep. John Sarbanes, who represents Maryland’s 3rd Congressional District.

Unlike many of his contemporary officeholders, Mr. Sarbanes was uncomfortable with the backslapping, glad-handing and grandstanding that often go with public office. He avoided the social and party circuit in the nation’s capital and rarely spent a night in Washington, preferring instead to drive home to his wife and children in Baltimore, the Post adds:

Sometimes described as a “phantom senator,” he often shunned even perfunctory self-promotion tactics such as issuing news releases and holding news conferences. He was widely recognized for a superb intellect and a quick and nimble mind, but he had “an odd lack of sparkle for one so brilliant,” journalist Peter A. Jay once wrote in the Baltimore Sun.

“He was an articulate and strongly committed defender of NED’s mission on the floor of the Senate in  the 1990s, when our budget was frequently challenged and debated. He then became a member of the NED board and followed our programs closely, always providing wise counsel and guidance,” he added.

“When he visited NED for our board meetings, he  would make a point to walk the halls and chat with staff about their work.  He was a very kind and warm person – a cherished friend as  well as a respected and widely admired colleague. He will be sorely missed and long remembered.” 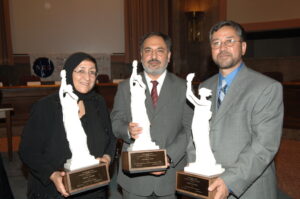 A board member of the National Endowment for Democracy (NED), Sarbanes – along with Under Secretary of State for Global Affairs Paula Dobriansky and Sen. Hillary Clinton – awarded the 2005 Democracy Award to three prominent Afghan activists, Ms. Sakena Yacoobi, the founder and president of the Afghan Institute of Learning (AIL), Mr. Mohammad Nasib, the director of the Welfare Association for Development of Afghanistan (WADAN), and Mr. Sarwar Hussaini, the chairman and director of the Cooperation Center for Afghanistan (CCA).

The nominee for US Secretary of State, Antony Blinken, paid tribute to Sarbanes on Twitter.