Human rights and democracy advocates are expressing sympathy and solidarity with Afghan civil society after at least three activists were killed in an Islamic State attack on Kabul University.

Afghanistan declared a national day of mourning on Tuesday to honor the 22 people killed in the horrific attack a day earlier. Most of those killed were students and another 27 people were wounded, some of them critically, AP reports:

The brutal, hours-long assault on Monday was the second attack on an educational institution in the Afghan capital in as many weeks amid a soaring rise in violence and chaos across the country, even as the Taliban and government negotiators hold peace talks in the Gulf Arab state of Qatar….Mohammad Rahed, a policy and public administration student killed in the attack, posted a video to social media just days before the assault, where he urged people to live each moment and to “live with a smile.” The video was widely shared after the attack.

At least three of those killed were members of the Afghans for Progressive Thinking (APT) Debate Club (see below), a partner of the National Endowment for Democracy (NED).

“While we are all devastated, we remain committed to our vision for peace and justice,” said APT’s director Mohammad Ajmal. “This young generation is the hope of our nation and we cannot grow tired of working and fighting alongside them. Thank you for standing with us.” 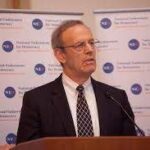 NED President Carl Gershman (left) said the endowment was “shocked and saddened” by the attack, adding that over the last decade APT has worked with over 40,000 students across Afghanistan to promote youth leadership and a culture of peace, and to build a vision for a just and inclusive society.

“On this national day of mourning in Afghanistan, we join with all Afghans in mourning the loss of those killed, in remembering their contribution, and in recommitting ourselves to the realization of their vision for a just and peaceful Afghanistan,” he added. “Through support and solidarity, we can help ensure that they have not died in vain.”

“These cowardly attacks only bolster Afghans’ and our grantees’ determination to counter extremism and defend their democratic achievement,” says Khalid Majidyar, a senior program manager at NED focused on Afghanistan. NED currently supports 35 organizations working to strengthen democratic progress and reform in the country. 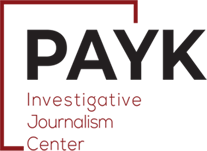 The fact that young people were specifically targeted just over a week after a suicide bomber killed 24 people – most aged between 15 and 26 – at a Kabul education centre, has only heightened the sense of anger and loss, Reuters adds. About a hundred students gathered near Kabul University campus on Tuesday to protest against the peace talks, which are being held in Doha.

“I am devastated. I am destroyed,” Sami Mahdi, a lecturer at the university and bureau chief of Radio Azadi, the Afghan branch of Radio Free Europe, wrote in a Twitter post after visiting victims in the hospital. Mahdi is also director of the NED-sponsored PAYK Investigative Journalism Center in Afghanistan.

“It sends the bigger message that unfortunately in Afghanistan…no place is safe. Citizens are not safe at home, on the road or in educational and work environments,” he told RFE/RL.

I am devastated. I am destroyed. Visited Ali Abad Hospital. Some of our best students are gone forever. Some others including one of our professors are in critical condition. Such beautiful souls. We have always failed to protect our best ones.

The attack on the university followed the deadliest month in Afghanistan for civilians since September 2019, according to data compiled by The New York Times. At least 212 people were killed in October, and, according to recently released United Nations data, about 2,100 Afghan civilians died and 3,800 were wounded in the first nine months of the year.

Washington’s peace envoy Zalmay Khalilzad on Monday made a surprise visit to Pakistan, calling on Islamabad to urge the insurgent movement to reduce violence, AP adds. In a series of tweets Tuesday, Khalilzad condemned the university assault but also warned that “this barbaric attack is NOT an opportunity for the government and the Taliban to score points against each other. There is a common enemy here.”

“Afghans feel continued acts of terrorism against them and efforts to undo their democratic achievements of the past 19 years are being ignored by the international community as peace with the Taliban is now a priority,” said a democracy assistance official. 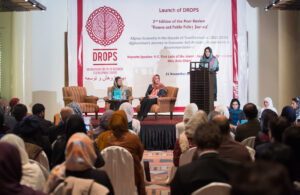 Afghan civil society groups have expressed frustration at their marginalization from the negotiations with the Taliban. One NED grantee, the Organization for Policy Research and Development Studies (DROPS), created the Women’s Peace Circle, which collects women’s voices from across the country on a monthly basis through SMS, face-to-face surveys, and focus groups. The summary of findings are shared as women’s peace briefs for  negotiators, other peacebuilding stakeholders, and on the website for citizens. DROPS founder and director Mariam Safi was the first Afghan woman invited by the North Atlantic Council (NAC) to speak to NATO about the Afghan peace process, and the role of women and marginalized groups.

Messages of condolence and solidarity can be conveyed via the APT Youth Facebook or Twitter pages (link here or below).