Social media platforms are helping us to create our worst selves, says Nobel laureate Maria Ressa (above). We know – in 2018, MIT said that lies spread faster than facts, that if you see a lie, you are 70% more prone to share it, to retweet it, than a really boring fact, she tells NPR’s Scott Simon. 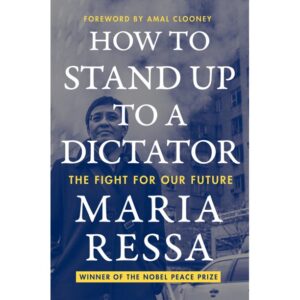 When you take that to its extreme, what does that mean? Lies are rewarded. So we have created a situation where there are no facts. And without facts, you can’t have truth. Without truth, you can’t have trust. Without these three, we have no shared reality. You cannot have democracy, adds Ressa, whose new book is called “How To Stand Up To A Dictator.”

“The Philippines is ground zero for the terrible effects that social media can have on a nation’s institutions, its culture and the mind of its populace,” she writes.

Through fake news – AKA lies – directed with algorithmic precision to the people most likely to be titillated by them, “meta narratives are seeded. They don’t have to go viral,” Ressa says. They merely have to be broken out of their silos of cranks and misfits. “That’s how Bolsonaro was moved from the far right to the centre. The driver is the technology that delivers this to you. This is not even something that you have to go looking for. They drive it towards you.” 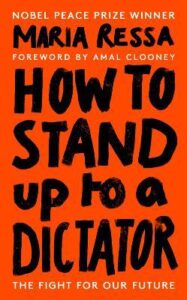 A veteran CNN journalist, Ressa was initially among the “truest of true believers” in social media as a means of enriching the public debate. But she saw first hand how former president Rodrigo Duterte weaponised the technology in the Philippines through the abuse of co-ordinated disinformation campaigns, bot farms and malign social influencers, The FT adds:

The independent Rappler media site that Ressa co-founded was also targeted by Duterte’s digital mob. At one point, Ressa was receiving 90 hate messages an hour on her Facebook page. Although she documented this online harassment, her complaints fell on deaf ears because anger had become the “contagious currency of Facebook’s profit machine”, as she puts it. “Violence has made Facebook rich.”

“You cannot succeed if at some point you haven’t failed,” says Ressa, chair of the World Movement for Democracy and one of the ELLE 100: Women That Are Changing the World.

In many ways, Taiwan’s position as a target of information operation campaigns from the People’s Republic of China (PRC) has made it a canary in the coal mine, The Global Taiwan Institute adds.

What can be learned from Taiwan’s strategy to counter malign forces in information operations? How can fellow democracies expect these threats to evolve? Where can Taiwan cooperate with the international community to address these challenges?  The Global Taiwan Institute (GTI) hosts a seminar on “Information Operations and Democracy: The Case of Taiwan.”  Wed, November 30, 2022, 11:30 AM – 1:00 PM EST RSVP