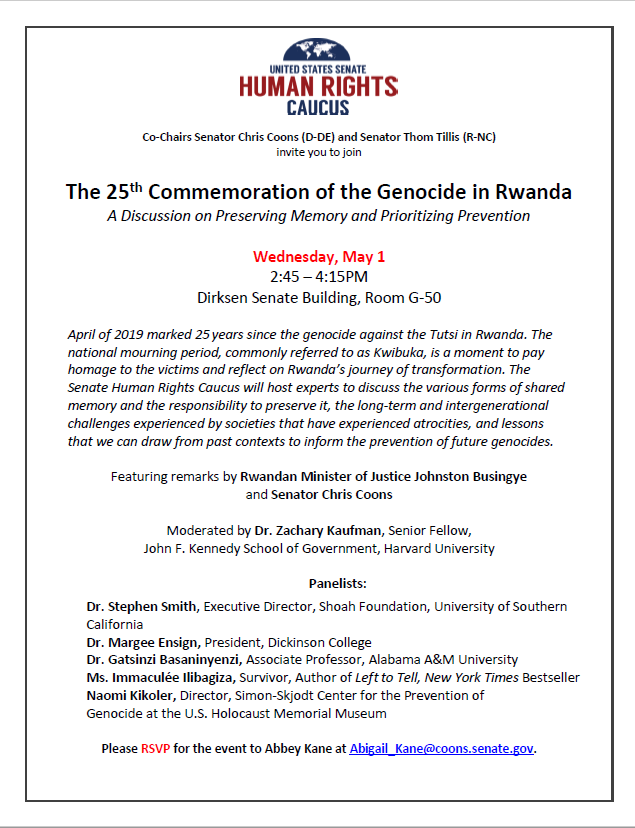 This month marked the 25th anniversary of the genocide in Rwanda. According to UN estimates, some 800,000 people were shot, hacked, and bludgeoned to death by extremist members of the Hutu ethnic group who were attempting to wipe out the ethnic Tutsi minority, notes Arch Puddington, Distinguished Fellow for Democracy Studies at Freedom House.

While genocide and ethnic cleansing have often occurred under the cover of armed conflict, modern authoritarian states are honing techniques that incorporate coerced demographic change into their day-to-day governance, he writes:

In China, the Communist Party leadership has launched an aggressive campaign of cultural suppression in Xinjiang, the traditional homeland of the Uighurs. …These cold-blooded policies have met with little serious international opposition. With the partial exception of Turkey, leading Muslim-majority countries have generally reaffirmed their warm relations with China and declined to issue a murmur of protest over the reeducation camps. In fact, China and Russia are the keystones of a burgeoning league of autocracies that has provided crucial diplomatic and sometimes military and security support for regimes engaged in mass atrocities, most notably in Syria and Myanmar.

“Gross human rights violations are being perpetrated not just by rogue states or militias, but by autocratic powers making a bid for global leadership, even as democratic countries descend into growing disarray,” Puddington adds. “Until this broader pattern is reversed, outbreaks of ethnic cleansing and genocide will only become more common.” RTWT