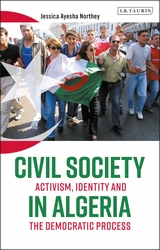 Algeria is nearing a critical juncture that requires decisions, notes Haim Malka (below), a senior fellow and deputy director of the Middle East Program at the Center for Strategic and International Studies in Washington, D.C.

This is no easy feat due to two main defining characteristics of the Algerian system, he writes:

First, Algeria’s political-economic model hinges on energy revenues funding high subsidies, public payrolls, and government handouts…. It was this energy revenue and high government spending that helped Bouteflika end the country’s civil war, known as the Black Decade, in which 100,000 to 200,000 people died in the 1990s. …Yet, for nearly a decade, experts have proclaimed that Algeria’s political-economic model is unsustainable. The argument is that the country cannot depend almost exclusively on oil and gas to fund high levels of social spending to placate the population…

The second main impediment to change is that policy in Algeria is made by consensus among largely unknown and unaccountable figures in the presidency, military, national energy company, and powerful business elites. These figures are generally risk-averse and feel a responsibility   to steer the country on a safe and steady path. Their conservative approach and consensus-driven politics are directly shaped by the horrors of the Black Decade ….. Consensus politics means that decisions are made slowly and implemented incrementally, if at all. …

Can civil society effect political reform in the country? Jessica Ayesha Northey asks in Civil Society in Algeria: Activism, Identity and the Democratic Process. The violence between radical Islamists and the military during the Algerian civil war of the 1990s led to huge loss of life and mass exile, she observes:

Yet in defiance of these conditions, civil society grew, with thousands of associations forming throughout the conflict. Associations were set up to protect human rights and vulnerable populations, commemorate those assassinated and promote Algerian heritage. There are now over 93,000 associations registered across the country. Although social, economic and political turbulence continues, new networks still emerge and, since the Arab revolts of 2011, organised demonstrations increasingly take place.

Regardless of whether 81-year-old President Abdelaziz Bouteflika wins a fifth term or leaves public office in the near future, few Algerian powerbrokers are willing to risk undermining his legacy of peace and security, adds Malka. Algeria’s recent history proves that it is a resilient country, but positive change will depend on more than the outcome of Algeria’s next elections. RTWT