The European Union is pressuring the Ramallah-based Palestinian leadership to hold legislative and presidential elections, as the body appears to be moving toward a more strong-armed approach to Palestinian affairs after recently becoming the Palestinian Authority’s (PA) largest financial backer, reports suggest.

“There are some in Europe asking: ‘Why are we paying all this money while our goals are not being achieved?’” a source said, noting Europe’s chief aims include promoting the two-state solution and advancing the development of democratic Palestinian institutions.

The EU must not give in to Palestinian organizations’ demands that it allow aid to go to groups with ties to designated terrorist groups, Israeli Strategic Affairs Minister Gilad Erdan wrote in a letter to the EU’s new Foreign Minister Josep Borrell.

Erdan’s letter, sent on Tuesday, referred to the many ties between the Popular Front for the Liberation of Palestine, designated a terrorist group in the European Union, United States, Canada and Israel, and Palestinian NGOs that call themselves human rights or civil society organizations. 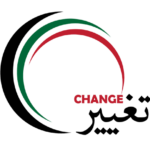 For an entire generation of Palestinians, participating in national elections is something never before experienced. Many barely recall the last time a parliamentary vote was held, 14 years ago, CS Monitor correspondent Joshua Mitnick writes:

But with a steady stream of pronouncements about elections back in the national dialogue, there’s an uptick in optimism among Palestinians that they may finally go back to the polls to elect a legislature and a president. And after years of infighting and acrimony between President Mahmoud Abbas’ Fatah party and the Islamist Hamas that has paralyzed domestic Palestinian politics, the two bitter rivals have agreed in principle to hold a long-awaited election as a step toward mending the rift, notes @joshmitnick.

“There is a lot of frustration that the Palestinian division was the reason for the stalemate, and the inability of the Palestinians to hold parliamentary and presidential elections,’’ says Mkaimar Abusada, a political science professor at Al Azhar University in the Gaza Strip. “Elections were supposed to be the outcome of reconciliation,” he says. “But after repeated failures, the president said we should do it the other way around. Elections will be the key, the first step to Palestinian reconciliation.”

Ali Abu Awwad (above) is a  Palestinian, non-violence activist born in Halhoul, Hebron, raised by politically active refugee family. Following his mother’s footsteps, Awwad became a member of Fatah and served 2 prison sentences for violent activism. During one sentence, a 17-day hunger strike granted him permission to see his mother. This success was a turning point, realizing the power of non-violent protest.

Awwad established a Palestinian center for non-violence and formed “Roots”, a group based in the West Bank designed to promote dialog between Israelis and Palestinians as a path to peace. In 2016, Ali Abu Awwad and Taghyeer Movement co-founders gathered more than 3000 Palestinians in Jericho to share a dream and a vision.Since then – village by village, embattled community by embattled community – Taghyeer has been equipping hundreds of emerging Palestinian leaders and activists to build trust and capacity for independent self-development projects in and with their communities.  Through asserting nonviolent identity – Taghyeer is combating despair, fragmentation, and the denial of rights. 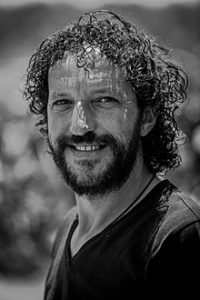 More than 130 Palestinian organizations have refused to sign a European Union grant request that stipulates among its criteria that recipients must refuse to transfer any E.U. assistance given to terrorist groups or entities, according to reports:

The 135 organizations in question steadfastly decline to do so, claiming Palestinian terrorist groups are merely “political parties,” according to a statement by the Israeli Strategic Affairs Ministry. Shawan Jabarin, executive director of the Palestinian boycott organization Al-Haq, told The New Arab, “We demanded to include conditions stipulating that we do not have to recognize the criteria listed regarding terror groups.”

The Ramallah-based Human Rights and Democracy Media Center “SHAMS” (right) – a National Endowment for Democracy grantee – recently celebrated the signing and launching of the Code of Honor on Respect for the Right to Peaceful Assembly,