The U.S. should avoid a positive reset of relations with China in the event of a change of administration, argues Aaron L. Friedberg, Professor of Politics and International Affairs at Princeton University. A U.S. president who can speak credibly about the superior virtues of liberal democracy will  be better able to mobilize the American people, rally a coalition of like-minded states, and put Beijing on the ideological defensive, he writes for Foreign Policy.

While Russian electoral interference is widely recognized as a genuine threat, policy-makers should not neglect the possibility of China employing similar disruptive “active measures,” argues Craig Singleton, an adjunct fellow at the Foundation for the Defense of Democracies.

Years before the advent of Facebook and Twitter, Beijing initiated a well-resourced and multi-pronged campaign to positively influence public opinion about China worldwide and neutralize potential threats to the regime’s carefully crafted international image, he writes for Newsweek:

Such efforts began with relatively benign person-to-person exchanges and the cultivation of discreet relationships with influential U.S. business executives and decision makers. In the intervening years, these efforts have expanded to include disinformation; coercion; threats of retaliation; clandestine operations and the weaponization of the West’s regulatory, legal and lobbying loopholes.

The likely election of Cuba, Russia and China or (Saudi Arabia) to the U.N. Human Rights Council would turn the body into “a virtual mutual protection society for some of the world’s worst dictatorships, more so than it is already,” an observer suggests.

Voting to fill 15 of the Council’s 47 seats is scheduled to take place Oct. 13 at the U.N. General Assembly. The candidates already have been chosen by the U.N.’s regional blocs, which each elect a predetermined number of candidates, Andres Oppenheimer writes for The Miami Herald:

How is this possible? Simple: Most democracies that are not potential subjects of human-rights probes spend their diplomatic energies at the United Nations to winning seats on commissions that can help them advance their economic interests. Dictatorships, on the other hand, go out of their way to win seats at the Human Rights Council, so that they can fend off probes into their own abuses.

“Cuba and Russia are running unopposed, so it’s looking very likely that they will be joining the Council,” said Louis Charbonneau, the Human Rights Watch U.N. affairs expert. “It also looks very likely that either China or Saudi Arabia, or both, will be elected for their regional bloc.”

Xi Jinping this week told Party members that “happiness” has “continued to increase” in Xinjiang,  Human Rights Watch’s Sophie Richardson observes. But as Beijing has repeatedly lied to the world about the region – first denying the existence of “political education” camps, then claiming that these detention centers were voluntary “vocational training” facilities, and subsequently suggesting everyone had “graduated” –  it’s worth treating this latest statement to a Communist Party conference with a heavy dose of skepticism, she writes: 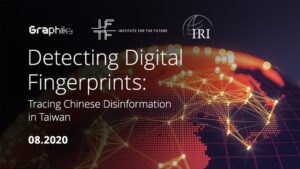 The Rise of Digital Authoritarianism: China, AI, & Human Rights Conference (above) takes place on September 29, October 1, October 6, and October 9, 2020 from 9:00 a.m. – 11:00 a.m. PDT. To attend the conference, register here. The conference is co-sponsored by the Stanford Global Digital Policy Incubator, the Human Rights Foundation, The Hoover Institution and the Stanford Institute for Human-Centered Artificial Intelligence.

How to deal with rising authoritarian China under Xi Jinping & decoding … https://t.co/tKZNqI4Uuu via @YouTube