On April 9, a Hong Kong district court convicted nine core leaders of the 2014 Umbrella Movement of conspiracy to commit public nuisance. On April 24, the court handed down prison sentences of up to 16 months, notes Victoria Tin-bor Hui, associate professor in political science at the University of Notre Dame.

In response to the charges that the “Occupy Nine” incited nuisance, supporters declared on social media and wore T-shirts with the hashtag “I was not incited, she writes for The Post’s Monkey Cage blog, in an essay drawn from an article in the April 2019 issue of the National Endowment for Democracy’s Journal of Democracy:

A Chinese University study estimates that 1.2 million people out of a population of 7.2 million participated at various times and in various forms in these protests — it would be a high order to incite that many people. Indeed, journalism scholars Francis L.F. Lee and Joseph M. Chan report that it was the police tear gas that motivated nearly 60 percent of those they surveyed to join the movement. It’s likely the convicted leaders and their supporters won’t simply give up. In their view, the promise of “one country, two systems” has become “one country, 1.5 systems.” They are fighting for their own future.

The kinds of cultural changes seen in Hong Kong may be coming to China before long, adds Benny Tai, associate professor of law at the University of Hong Kong.

When a substantial number of people in China demand democratic change, it will be a moment of great opportunity for Hong Kong’s democracy movement as well, he writes for The Diplomat, We must do everything we can now to prepare ourselves so we are ready to rise to the challenge of that moment when it arrives, adds Tai, who was recently sentenced to 16 months in prison for his role in organizing Hong Kong’s 2014 Umbrella Movement.

The government may have inadvertently forged unity among opposition leaders by putting them in the same courtroom docks, adds Hui, the author of “Hong Kong’s Umbrella Movement: The Protests and Beyond.” Traditional democrats, the Occupy Central trio, student leaders and radical activists had bitter disagreements during and after the Occupy campaign. Now that they share the same experience of mass arrests, court trials and imprisonment, they have acquired a new sense of common cause.

Victoria Tin-bor Hui is a native of Hong Kong and maintains a blog on the movement. 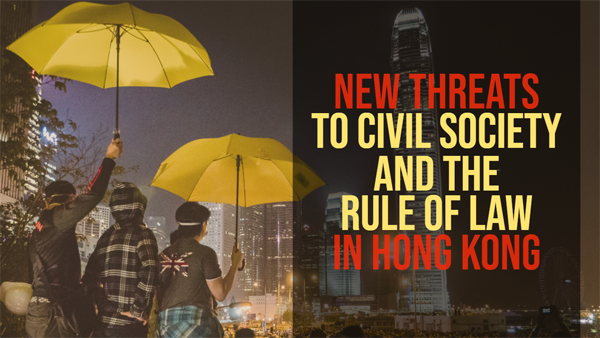