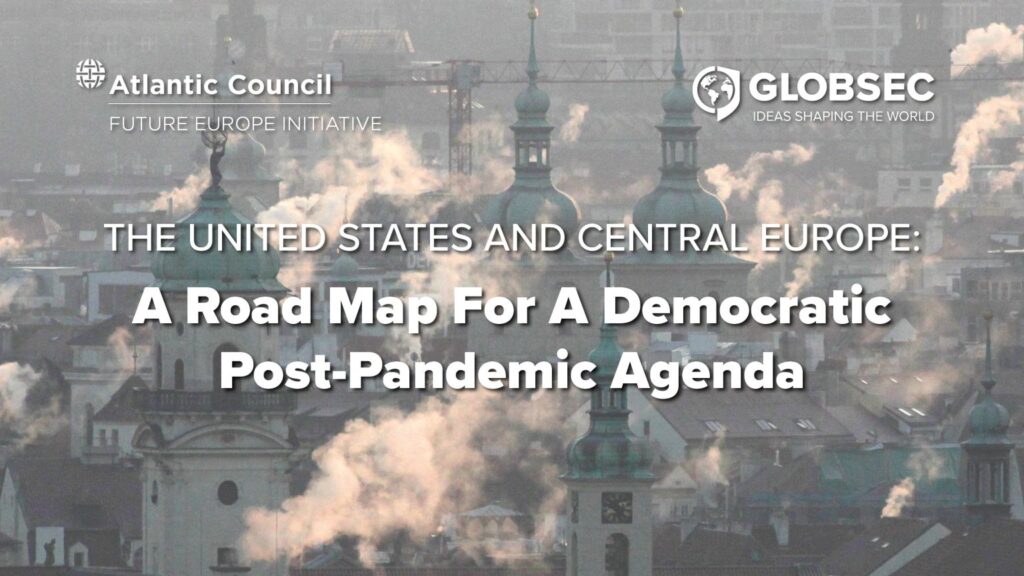 A generation ago, the United States and Central Europe helped lead the West’s post-Cold War
agenda of enlarging the democratic space, argues a new analysis. The peoples of Central Europe, with the support of the United States as well as Western Europe, overthrew their imposed communist regimes and enacted democratic, free-market reforms, seeking to become part of a Europe whole, free, and at peace. We face different circumstances today and sharp challenges. But the core principle for success—democratic solidarity—remains, according to a joint report from the Atlantic Council and Globsec.

The values and best practices that brought success in the Cold War and in the generation after 1989 remain valid, but they need to be applied in new ways to suit current conditions and frame a post-COVID- 19 agenda for the wider democratic world, analysts Daniel Fried,* Jakub Wiśniewski, Denise Forsthuber** and Alena Kudzko contend in The United States and Central Europe: A Road Map for A Democratic Post-Pandemic Agenda.

In addressing potential problems of democratic governance in Central Europe, the United States distinguish fundamentals of the rule of law, freedom of media, respect for minorities, and other basics from issues of culture, conservative or religious values, and normal partisan fluctuations. Should governments act to undermine these fundamentals, the United States should be clear in communicating its concerns, the report states:

Central Europe and the United States have a common interest in supporting sovereignty, democracy, and free market reform, and, if the peoples of these countries so choose, ultimately the Western orientation of Ukraine, Georgia, Moldova, and Belarus. The United States has
greater resources; Central Europe, given its recent history of transformation, has a deeper understanding of the dynamics inside its countries. The current protests in Belarus
are one such opportunity for cooperation.