Iranian regional advances have opened up a path, both literally and figuratively, for Iran to circumvent U.S. sanctions by interweaving its terror militias deep within the governments and societies of U.S. allies, argues Omar Hossino, a foreign policy consultant focused on Syria and Iraq. Such a strategy can not be countered with sanctions alone or relying on regional countries, he writes for The Tablet:

The U.S. should empower peaceful Syrian civil society groups and local councils operating outside Assad regime control, adds Hossino, a 2018-2019 Penn Kemble Fellow at the National Endowment for Democracy. It should also resume assistance for stabilization in Syria including funding going to secular anti-Assad civil society groups that were also combating al-Qaeda’s ideology, as well as the Syrian White Helmets. 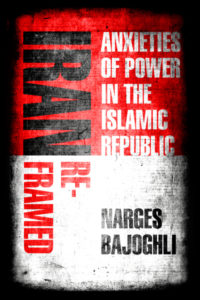 Given that Iran funds its regional through indigenous funding networks like khums and other kinds of tithes, money will continue to flow to these groups through a complex system of hawalas that will be hard for the U.S. Treasury Department to track, notes Narges Bajoghli, an assistant professor at Johns Hopkins University’s School of Advanced International Studies, and author of Iran Reframed: Anxieties of Power in the Islamic Republic. The IRGC has cultivated a nationalist message in all of its cultural and media programming since at least 2005, she writes for Foreign Policy, adding that the biggest outcome [of any U.S. intervention] will be a militarized domestic sphere that will suppress dissenting voices even more in the face of an outside aggressor.

The Washington Examiner’s Tom Rogan believes there is a misunderstanding that hardliner bloc under the Islamic Revolutionary Guard Corps will believe the U.S. wants the regime to abandon its theological essence, rather than simply its nuclear ambitions. As long as Iran retains its Khomeneist ideology, it will never negotiate in the manner Pompeo demands, because to do so would be to end its existence, he contends.

Practitioners have long argued that the goal of sanctions is to change regime behavior and not to punish the civilian population of a targeted country, note analysts Tyler Cullis and Amir Handjani. In the case of Iran it appears that the administration, whether by design or indifference, is pursuing a policy that will effectively wreak havoc on civil society in the hopes that by making it so difficult for the Iranian government to access basic goods, the people will rise up and overthrow it, they write for Lawfare.

A comprehensive study of 170 twentieth-century cases in which sanctions were imposed concluded that only one-third of them attained their stated objectives. Another study estimates the success rate of sanctions regimes to be lower than 5%, notes Hassan Hakimian, Director of the London Middle East Institute and Reader in Economics at SOAS, University of London, and a co-editor of Iran and the Global Economy: Petro Populism, Islam and Economic Sanctions.

Indeed, sanctions against Saddam Hussein’s Iraq in the 1990s led to the wholesale destruction of civil society there, helping to stoke the identity politics and sectarianism that continue to bedevil that country and the wider region, he writes for Project Syndicate.

Stanford University’s Abbas Milani fears that a misunderstanding of the Iranian regime would also embolden the very hardliners that the US has been seeking to contain.