Vietnam has introduced a new cybersecurity law, which criminalizes criticizing the government online and forces internet providers to give authorities’ user data when requested, sparking claims of a “totalitarian” crackdown on dissent, The Guardian reports:

The Vietnam government has intensified a crackdown on criticism since 2016, jailing dozens of dissidents. Spreading information deemed to be anti-government or anti-state online is now illegal in the country, as is using the internet to “post false information that could cause confusion and damage to socio-economic activities”. Last week, the country’s Association of Journalists published a code of conduct banning reporters from posting information that could “run counter” to the state on social media. 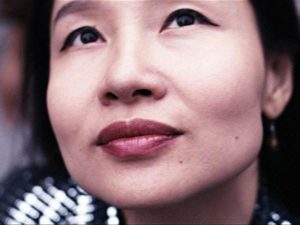 Dissident artist and former pop star Do Nguyen Mai Khoi (right) is one of those brave enough to come out against her country’s new cyberlaw, The National Post’s Marni Soupcoff adds. “We are losing the only space where we can express ourselves freely,” she has said. She knows what she’s talking about, having used Facebook to campaign when she ran as an independent for Vietnam’s national assembly. There would have been few other safe ways for her to get out the word.

Freedom House classifies the regime as “not free.”

The measures amount to “a totalitarian model of information control,” said Daniel Bastard of Reporters Without Borders. “The fact that any content deemed opposed to the Communist Party ideology would be suppressed and mostly the authors of this content would be regarded as enemies of the state, it sounds like a very Stalinist model,” he told CNN.

On November 15, the Central Inspection Commission of Vietnam’s only political party, the Communist Party of Vietnam, issued a press release announcing the expulsion of Professor Chu Hao, director and editor-in-chief of Knowledge Publishing House, as well as former deputy minister of science and technology, from the Party, notes Cu Huy Ha Vu. Earlier, on October 26, Hao had declared his departure from the Party one day after the Committee announced it would discipline him for publishing books, articles, and statements with “contents contrary to the views and policies of the Party and State.” Among the books Hao published are John Stuart Mill’s On Liberty, John Locke’s Second Treatise of Government, Alexis de Tocqueville’s Democracy in America, and Friedrich A. Hayek’s The Road to Serfdom, he writes for The Diplomat. 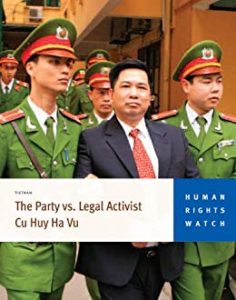 Before my husband, Dr. Cu Huy Ha Vu, adopted son and sole heir of the Poet Xuan Dieu, was arrested by the Ministry of Public Security and charged with “Conducting Propaganda Against the State of the Socialist Republic of Vietnam” for his legal and democratic activism, on September 16, 2010, the Hanoi People’s Committee issued Decision No. 4337 / QD-UBND implementing a direction of Prime Minister Nguyen Tan Dung. “The Decision took the house and residential land from the household of the late Poet Xuan Dieu, located at 24 Dien Bien Phu, Ba Dinh District, Hanoi, and divided it into two separate uses: 50m2 of residential land was allocated to Mrs. Tran Le Thu, and the rest of the property was to build the “Memorial Room of the Poet Xuan Dieu.” It violated the property ownership, personal rights and inheritance rights of Dr. Vu and the household of the late Poet Xuan Dieu, which are protected by the Constitution and Civil Code as well as Cultural Heritage Law.

On October 24, 2014, we arrived in the United States for Dr. Vu’s medical treatment under an agreement between the Vietnamese Government and the US Government. The late Poet Xuan Dieu’s household has been represented by our son, Cu Huy Xuan Duc, since then. More than 6 months later, on October 23, 2014, implementing its Decision No. 4337 the Hanoi People’s Committee organized a demolition of the rock-garden, fish tank, and yard of the late Poet Xuan Dieu’s family and finally took from them 50.6m2 of residential land to allocate to Mrs. Tran Le Thu. On October 14, 2015, from the United States, Dr. Cu Huy Ha Vu sued Prime Minister Nguyen Tan Dung and Chairman of Hanoi People’s Committee Nguyen The Thao in Hanoi People’s Court under the Law on Administrative Procedures. He accused them of being responsible for these acts of demolition and land grab. So far, this Court has not responded to Dr. Vu. 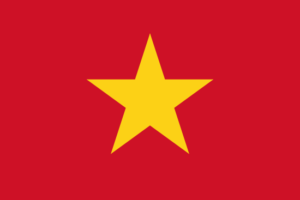 Pursuant to Article 28, Section 1 of the 2013 Constitution, “Citizens have the right to participate in the management of the State and society, and to discuss and petition to state agencies on the issues of their living and working place and localities, and the whole country.” On October 24, 2018, Mr. Cu Huy Xuan Duc sent to President – CPV General Secretary Nguyen Phu Trong a petition by post to rescue the late Poet Xuan Dieu’s family from having their house and land illegally taken by Hanoi authorities. The same day, Mr. Duc sent by post to Prime Minister Nguyen Xuan Phuc another petition to abolish Decision No. 4337 / QD-UBND dated September 16, 2010 of the Hanoi People’s Committee. Unfortunately, there has been no response from these two leaders of the Vietnamese State and Government.

Taking advantage of no reaction from President Trong and Prime Minister Phuc, the Hanoi authorities accelerated their scheme of illegally taking of the house and residential land of the late Poet Xuan Dieu’s household. On December 13, 2018, the urban construction order management squad of Ba Dinh District fabricated a story that Dr Vu and I “were building a project without a construction permit” at 24 Dien Bien Phu. The rules of this unlawful act were detailed in the form of “Report of administrative violations in the field of construction,” which was established by the management squad of Ba Dinh District the same day. This story is blatantly fabricated as we have not returned to Vietnam after arriving in the United States.

In addition, at the time and place where the urban construction order management squad of Ba Dinh District established a “report of administrative violations in the field of construction,” there was no construction work. This authority did not provide any objective evidence of “the project under construction”, such as images of ongoing construction activities, full names of individuals who are conducting construction activities. Undoubtedly, the goal of this fake report was to create an excuse to demolish and then seize the property of the late Poet Xuan Dieu’s household.

Trusting and complying with the Constitution, on January 2, 2019, Mr. Cu Huy Xuan Duc, representative of the late Poet Xuan Dieu’s family at 24 Dien Bien Phu, resent his petitions to President Trong and Prime Minister Phuc he had sent to them on October 24, 2018. These petitions required these two Vietnamese leaders to direct: