In the runup to Guinea’s elections on Oct. 18, voters are grappling with a familiar-sounding problem: disinformation and a lack of transparency over who’s providing the news they’re getting, Bloomberg reports:

Critics such as Stanford University’s Internet Observatory and Cyber Policy Center worry that online platforms have become yet another instrument for governments to tighten their grip—joining such traditional methods as controlling the content on state-run broadcasters and limiting the freedom of expression with draconian laws. While laws are in place in most African countries to restrict political advertising on traditional media, there isn’t enough accountability for platforms such as Facebook, Kenyan activist Nanjala Nyabola argues in her book Digital Democracy, Analogue Politics. 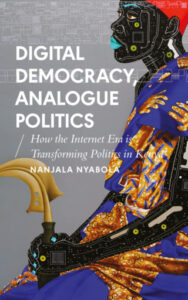 “This assumption that developing countries are blank slates onto which technological fantasies can be projected is really dangerous,” she told Bloomberg.

While much of the world may be focused on the contest for the top job in the United States, presidential elections are also set to take place in at least 10 of Africa’s 54 countries over the next five months. All of the incumbents but one want to stay in office, The Times reports:

While most African presidents since 1990 have stepped down after their terms were up, many are now bending the rules to ensure they stay in power. Some have manipulated supreme courts and electoral commissions; others have changed constitutions, prosecuted opposition candidates or prevented them from running by imposing onerous qualifying criteria. But countries like the United States that once claimed to stand against those undermining democracy are now turning inward and so, some political thinkers say, incumbents are increasingly getting away with it.

Rigging outcomes on Election Day, by stuffing ballot boxes or changing vote tallies, has become more difficult in recent years, said Mathias Hounkpe, a specialist in political governance at the Open Society Initiative West Africa. Politicians are changing their tactics as a result, he said.

“Little by little, those in power are realizing that it’s becoming harder to cheat,” Mr. Hounkpe said in an online debate. “They use the means they have to keep the political space in check.”

U.S. diplomacy in Africa has for many years been conducted on the flawed premise that all postcolonial African states are nation-states in the conventional sense—that is, countries with firm borders, unified governments, and people who share a common identity, adds John Campbell, Ralph Bunche Senior Fellow for Africa Policy Studies at the Council on Foreign Relations.

There has been little recognition that many of these countries lack a unifying national identity or that small cartels of self-serving elites often dominate their governments, he writes in U.S. Africa Policy Needs a Reset, an article for Foreign Affairs;

U.S. policy has largely failed to account for the fact that in the largest African states—notably Nigeria, the Democratic Republic of the Congo, and Ethiopia—power has seeped away from capitals toward regional power centers, where local politicians, religious leaders, and traditional rulers frequently hold sway. Elections under such conditions are often little more than mechanisms for elites to justify their control of government. Truly independent voters are rare on the continent outside of South Africa, Botswana, Senegal, Namibia, and a few other small countries, so a U.S. policy toward Africa that assumes elections reflect the will of the people makes little sense.

New data from Afrobarometer’s latest round of public attitude surveys come amid wide recognition that progress on democratic governance in Africa has stalled, with many governments falling back to authoritarian practices, the United States Institute of Peace reports. Findings from 18 countries offer insights on:

The United States Institute of Peace (USIP) hosts a webinar (above) on “What Do Africans Think About the Continent’s Future?” Panelists: E. Gyimah-Boadi, interim CEO of Afrobarometer; Carolyn Logan, director of analysis at Afrobarometer, a partner of the National Endowment for Democracy (NED); Josephine Appiah-Nyamekye Sanny, regional communications coordinator for Anglophone West Africa at Afrobarometer; Susan Stigant, director of the USIP Africa Program; and former Assistant Secretary of State for African Affairs Johnnie Carson, senior adviser at USIP.

The next U.S. administration, whether Democrat or Republican, should devise an Africa policy that emphasizes the rule of law as much as it does free and fair elections, argues @CFR_org analyst @JohnCampbellcfr https://t.co/BJk4cj80mg via @ForeignAffairs