At least eight houses were occupied by more than 200 military personnel bearing assault weapons and extensive searches conducted in each home. All of those affected are promoters of the Cuba Decide citizen’s initiative led by Rosa María Payá and members of UNPACU (Unión Patriótica de Cuba, led by José Daniel Ferrer), the Center for a Free Cuba reports:

Cuba remains a one-party authoritarian state with a poor human rights record, according to a recent analysis from the Congressional Research Service.

Expectations that a generational change in leadership from Raul Castro to President Miguel Díaz-Canel have diminished, the report suggests. The new incumbent has “backtracked on implementing regulations that likely would have shrunk the private sector, and he slowed down implementation of a controversial decree regulating artistic expression, actions that appeared to demonstrate his responsiveness to public criticism and concerns and his independence from the previous Castro government.”

Since 1996, the United States has provided assistance—through the U.S. Agency for International Development (USAID), the State Department, and the National Endowment for Democracy (NED)—to increase the flow of information on democracy, human rights, and free enterprise to Cuba, the CRS adds. U.S.-based nongovernmental organizations share “the goals of promoting a rapid, peaceful transition to democracy, helping to develop civil society, and building solidarity with Cuba’s human rights activists,” it notes. 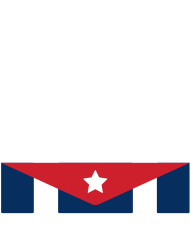 Kelley E. Currie, the U.S. representative on the U.N. Economic and Social Council, plans to focus on an estimated 130 Cuban prisoners as “an explicit sign of the repressive nature of the Cuban regime,” said a statement released by the U.S. State Department last week. Those being held “represent a blatant affront to the fundamental freedoms that the United States and many other democratic governments support,” it said….

Among the speakers at the session were Secretary General Luis Almagro of the Organization of American States, Executive Director Carlos Quesada of the Institute of Race and Equality and former Cuban political prisoner Alejandro Gonzalez Raga. The sister of political prisoner Eduardo Cardet Concepcion spoke by video. … Almagro highlighted “the role that Cuba plays in destabilization in Venezuela and Nicaragua.”

“Therefore, we feel that it is important to shine a light on a regime that is undermining peace and security across Latin America as well as persecuting its citizens at home,” Currie said.