A decade on, the hope that the Arab spring would bring democracy to the region looks forlorn. the Economist observes. Yet it is too early to say that the Arab world and democracy cannot mix. Arabs are as keen to choose their own leaders as anyone else. What they lack are the independent institutions, from the courts to the media, essential for an engaged, informed citizenry—and for democracy to take root. RTWT

It was the beat of a butterfly’s wing that set a tsunami in motion when, on 17 December 2010, street vendor Mohammed Bouaziz set himself on fire in the Tunisian town of Sidi Bouzid, notes analyst Claudia Mende. 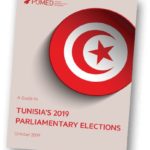 To mark the occasion of a decade on since “the spark that ignited the revolution,” NED partner POMED asked nine Tunisian colleagues to respond briefly to the question, “What does this anniversary mean to you?”

Yet looking back over the last decade, it is hard to fathom why anyone would venture to argue that the uprisings produced much more than sorrow, argues Council on Foreign Relations expert Steven A. Cook. That does not mean that the uprisings were a mistake—as if such unpredictable events could even be categorized as such. Tunisians, Egyptians, Libyans, Syrians, Yemenis, Bahrainis, and others rose up in response to their bitter circumstances to demand a better future. They were mostly crushed, he writes for Foreign Policy (HT: FDD). 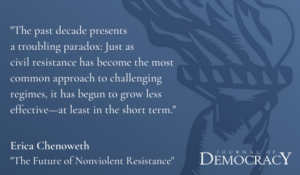 People just had too high an expectation of what the Arab Spring could achieve, said Chatham House expert Lina Khatib. “It is completely unrealistic to expect political systems that are entrenched, that have been in place for decades and that are highly autocratic to overnight change into democratic systems,” she told NPR. But….

When I look across the region, I see a lot of young people who are not as scared as their parents are of change. I think we should reserve judgment and just wait. The youth of today will be the leaders of the Arab world, and then it’ll be a very different landscape. 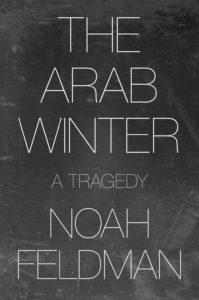 The multinational protest movement has today been relegated to “implicit nonexistence” because of its failure to meet most of its goals, says Harvard Law School Professor Noah Feldman.

“People whose political lives had been determined and shaped from the outside tried politics for themselves, and for a time succeeded,” he writes in The Arab Winter: A Tragedy. “That this did not lead to constitutional democracy or even to a more decent life for most of those affected is not a reason to believe that the effort was meaningless.”

The Arab world’s problem is that it is relatively easy to oust a dictator but it’s much, much harder to change the fundamental nature of society, adds analyst David Rosenberg. The Gulf states are trying to do it by spending and reforming, but the results are at best mixed. Revolutions are supposed to be catalysts for change, but anyone who believes that hasn’t read his history books carefully. Those hoping for a new and improved Arab Spring that delivers democracy and human rights should think again, he contends in Haaretz (FDD).

The Arab world is trapped in a state of permanent revolution, analyst Oz Katerji argues in Betrayed by Their Leaders, Failed by the West, Arabs Still Want Democracy, an article for Foreign Policy.

https://t.co/brWnpZ41Zb Tunisians are disappointed, 10 years after the Arab Spring