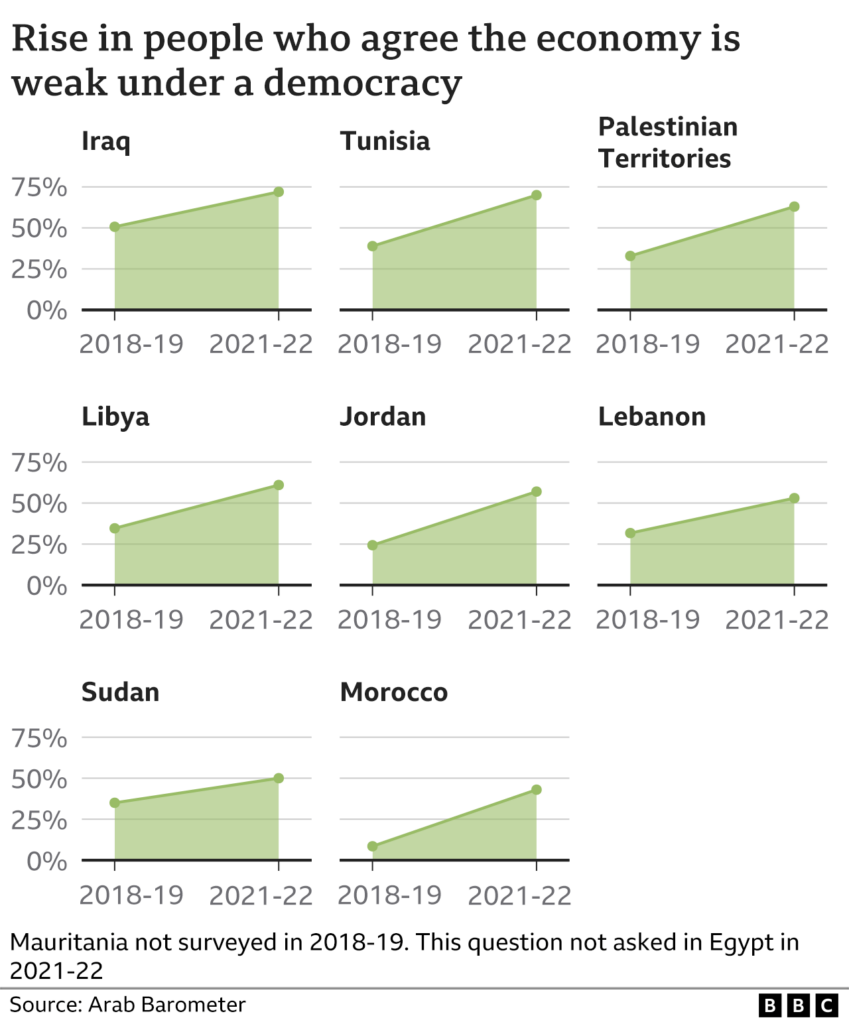 Arabs are losing faith in democracy to deliver economic stability across the Middle East and North Africa, according to a major new survey. Nearly 23,000 people were interviewed across nine countries and the Palestinian territories for BBC News Arabic by the Arab Barometer network. In every country, more than half also say they either agree or strongly agree that they are more concerned about the effectiveness of their government’s policies, than they are about the type of government, the BBC reports:

The findings come just over a decade after the so-called Arab Spring protests called for democratic change. Less than two years after the protests, just one of those countries – Tunisia – remained a democracy, but a draft constitution published last week could push the country back towards authoritarianism, if approved.

“There’s a growing realisation that democracy is not a perfect form of government, and it won’t fix everything,” says Michael Robbins, director of Arab Barometer, a research network based at Princeton University. “What we see across the region is people going hungry, people need bread, people are frustrated with the systems that they have.”

There has been a regional shift in views on democracy since the last survey in 2018/19, he adds.

Analyzing two waves of Arab Barometer surveys, earlier research found that support for democracy actually decreased in countries that successfully overthrew their dictators during the Arab Spring or Uprisings. In countries that experienced a freer political system, such as Egypt, Tunisia, and Yemen, challenges of democratization and poor government performance left citizens disappointed as unmet expectations led to a decline in support for democracy

In Tunisia, eight in 10 of those surveyed agree with the statement that their country needs a leader who can “bend the rules” if necessary to get things done, with nine in 10 saying they supported President’s Saied’s decision to sack the government and suspend parliament in July 2021. 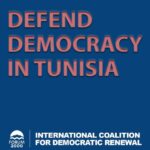 “Now, unfortunately, for Tunisia, it’s reverting to authoritarianism, or what we call democratic backsliding, which is a trend across the world today,” says Amaney Jamal, co-founder of Arab Barometer and dean of the Princeton School of Public and International Affairs. “I think one of the key drivers is not a commitment to authoritarianism or an authoritarian political culture, it’s really a belief now that democracy has failed economically in Tunisia.”

The future is “uncertain”, according to the Arab Barometer’s Dr Robbins. Citizens in the region may be looking to alternative political systems, such as the Chinese model – an authoritarian one-party system – that he says has “brought a huge number of people out of poverty in the last 40 years”.

“That type of rapid economic development is what many people are looking for,” he says. 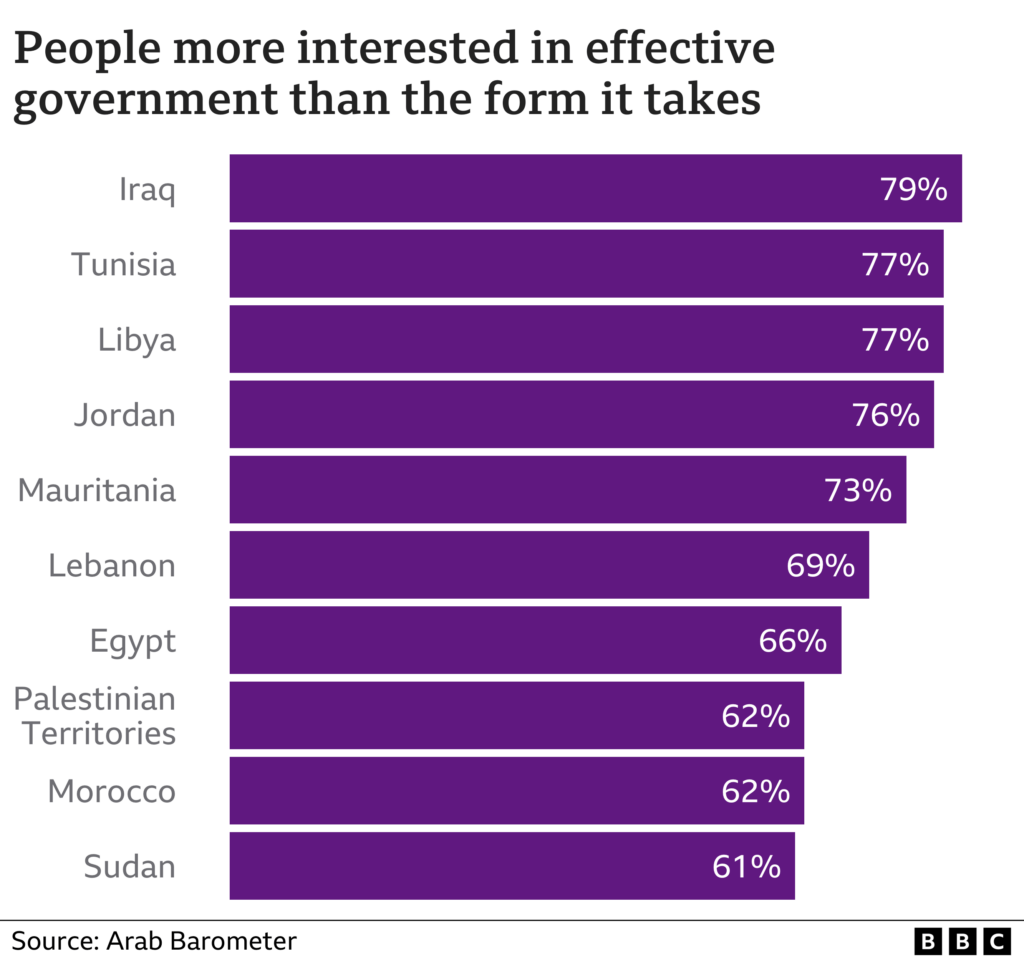