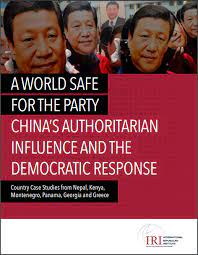 China’s intelligence agencies are now powerful and well resourced. They are adept at exploiting the vulnerabilities of open societies and growing dependence on China’s economy to collect vast volumes of intelligence and data, notes Nigel Inkster, the senior adviser for cybersecurity and China at the International Institute for Strategic Studies:

Much of this is organized by the United Front Work Department, a party organization that seeks to co-opt well-placed members of Chinese diaspora communities — and whose scope has been expanded under Mr. Xi. China also endeavors to entice other Western citizens. …. One Chinese approach is to patiently cultivate relationships with politicians at the city or community level who show potential to rise to even higher office. Another is known as elite capture, in which influential Western corporate or government figures are offered lucrative sinecures or business opportunities in return for advocating policies that jibe with Chinese interests. For China, this work is about survival. … Xi has stressed the need to adopt “asymmetrical” means to catch up to the West technologically.

China is not directly supplying weapons to assist Russia’s invasion of Ukraine, but Beijing is aiding Moscow’s war effort in many ways, said Oleksandr Merezhko, the chairman of the Ukrainian parliament’s foreign affairs committee and a member of the ruling party.

“I view China as an ally of Russia, an ally of the enemy. They are not neutral,” he told The Post’s Josh Rogin. “They are working in support of Russia. How can they be honest brokers? I don’t see it.” 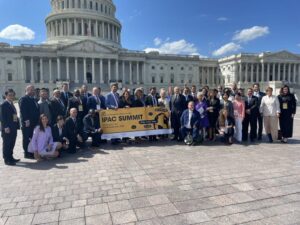 Merezhko is in Washington this week for the first U.S.-based summit of the Inter-Parliamentary Alliance on China (right), a grouping of international lawmakers who want to coordinate the democratic world’s response to China’s rise, Rogin adds.

“If you don’t stand up for democracy when it is threatened in other countries, eventually all democracies will lose,” Merezhko told the forum, supported by the National Endowment for Democracy (NED). “We should stick together.”

His message of democratic solidarity was echoed by Fan Yun, a member of Taiwan’s Legislative Yuan, the self-ruled island’s parliament.

“Supporting Taiwan is not only about Taiwan. It’s not only about the global high-tech supply chain. It is also about your country, your people and your democratic way of life,” he told the IPAC forum.