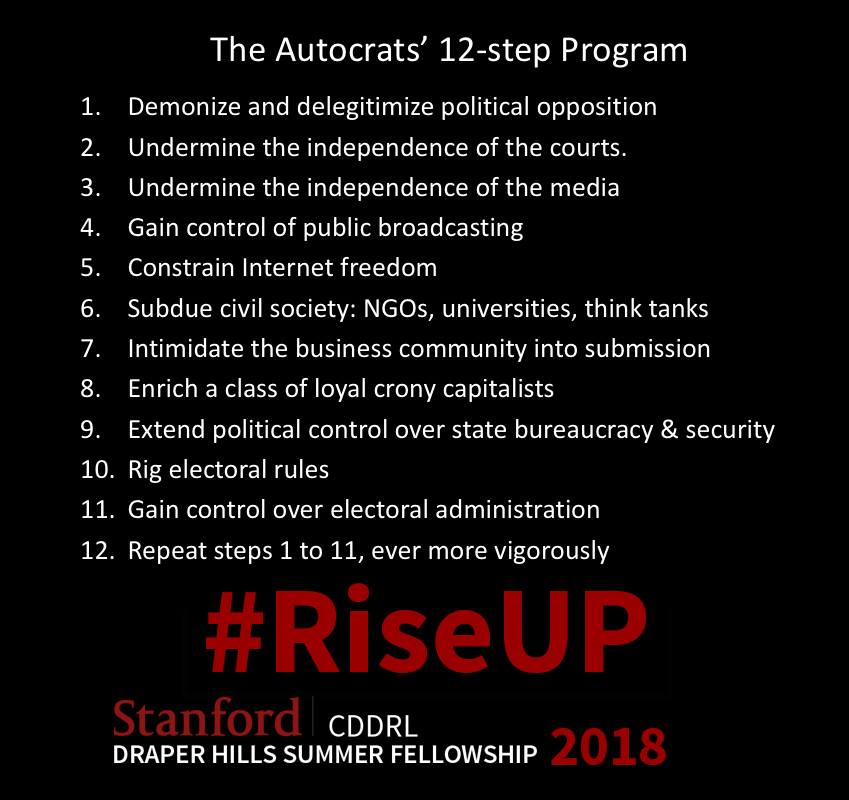 On the surface, recent shifts in governments show precisely what a functioning democracy is capable of—voters dictate what they want at the ballot box, analysts Lauren Leatherby and Mira Rojanasakul write for Bloomberg:

But not all elections are equal. While voters in Hungary, Russia, Turkey and Venezuela went to the polls this year, their votes didn’t count for much. Incumbent leaders in those countries only consolidated power. More elected leaders are starting to take note, implementing their own sweeping changes to weaken checks on executive power.

Organizations that monitor the health of democracies are converging around a similar idea: On average, the world is becoming less democratic for the first time in several decades. The surprising twist is that it’s happening as more and more countries hold elections [according to an index from Varieties of Democracy, or V-Dem, which shows the number of elected leaders in the world has been climbing.]

With the quality of many global democracies sinking, Leatherby and Rojanasakul add, the question remains: Will leaders of more countries embrace brash authoritarian moves?

on the cusp of something much more dangerous and long-lasting,” said Larry Diamond, co-founder of the National Endowment for Democracy’s Journal of Democracy. “I’m not good at the future, but I can tell you that if we don’t get very resolute and very smart about improving our own institutional defects in the United States and Europe, and defending democrats and democratic principles worldwide, I have little doubt that this will get worse.” RTWT

Larry Diamond presented his scheme of “the autocrats’ 12 step program” to Stanford’s CDDRL #draperhills18 fellows in a lecture on the global democratic recession. #RiseUp