The upcoming Winter Olympics in Beijing has heightened international scrutiny of the Chinese government’s rights abuses. But even before the games, China’s global public image had taken an enormous beating and “remains broadly negative” in many countries, according to a study by Pew Research Center, writes Council on Foreign Relations analyst Joshua Kurlantzick.

Washington could let Beijing continue digging its hole and, meanwhile, rebuild U.S. ties with democratic partners. However, the United States should remain vigilant about Chinese efforts that cross the line from soft power into so-called sharp power, such as wooing foreign politicians via backdoor channels and bribes, using disinformation tactics online, or having pro-China businesspeople buy up local press outlets and quietly alter coverage to be more favorable toward Beijing, he states.

Following an investigation by Dutch broadcaster NOS last week, the Free University of Amsterdam, the country’s fourth largest, is paying back a subsidy granted to the Cross Cultural Human Rights Center (CCHRC), an independent research institute operating under the university’s mantle, over funding connections to the Chinese Communist Party, POLITICO reports. 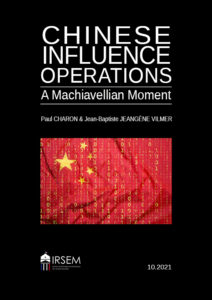 With formidable obstacles standing in the way of tough political action, Western intelligence services seem to have decided to speed up the process of exposing China’s sharp power by taking matters into their own hands, notes Duncan Bartlett, the editor of Asian Affairs.

In an almost unprecedented move, Britain’s MI5 chose to call out an alleged Chinese spy, Christine Ching Kui Lee, whom it said has been making payments to politicians, he writes for The Diplomat.

“This case underlines the fact that China poses a serious and insidious threat to our democracy and we must ask our politicians, academics and journalists to be vigilant of CCP effort to buy influence and other forms of infiltration,” said Steve Tsang, the director of the SOAS China Institute at the University of London.

“China’s efforts to influence Western democracies have focused on cultivating members of parliament, especially where a new arrival or a leading figure in an opposition party looks as though may be on track to become a minister of state at a later stage,” he added.

Beijing requires all Winter Olympics athletes to install a smartphone app called MY2022 to report health and travel data while in China, adds Nicholas Eftimiades, a senior fellow at the Forward Defense practice of the Atlantic Council’s Scowcroft Center for Strategy and Security. The University of Toronto’s Citizen Lab reported the app as having significant encryption and security flaws and a censorship list (albeit currently inactive) of 2,442 “illegal words.”  The security flaws are by design, allowing authorities to access phones, he writes for The Diplomat.

Similar sharp power efforts by the Chinese government to gain influence have been uncovered in Australia, Bartlett adds.

“While all the facts are still out, this case has echoes of similar episodes in Australia: donations to political parties and politicians from Chinese citizens and CCP-associated Australian citizens with the intention of generating pro-China statements and policy positions,” noted Dr. Bates Gill, professor of security studies at Macquarie University in Sydney.

“However, Australia and the UK are not alone in this. The United Front Work Department is actively cultivating politicians and opinion-shapers around the world,” said Gill, a senior associate fellow with the Royal United Services Institute in London.

How can the United States and its democratic partners do more to punish the perpetrators and help the Uyghurs and other oppressed groups in China? Join Hudson Institute Senior Fellow Nury Turkel for a conversation with French philosopher, journalist, filmmaker, and activist Bernard-Henri Lévy on China, the Uyghur genocide, the diplomatic boycott of the Beijing Olympics, and the importance of American leadership on human rights. Watch HERE or link above. 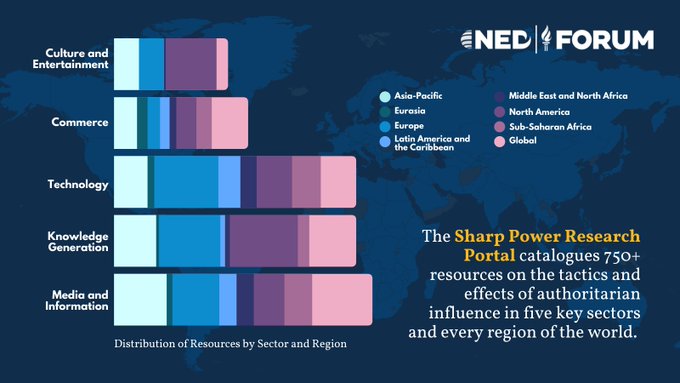