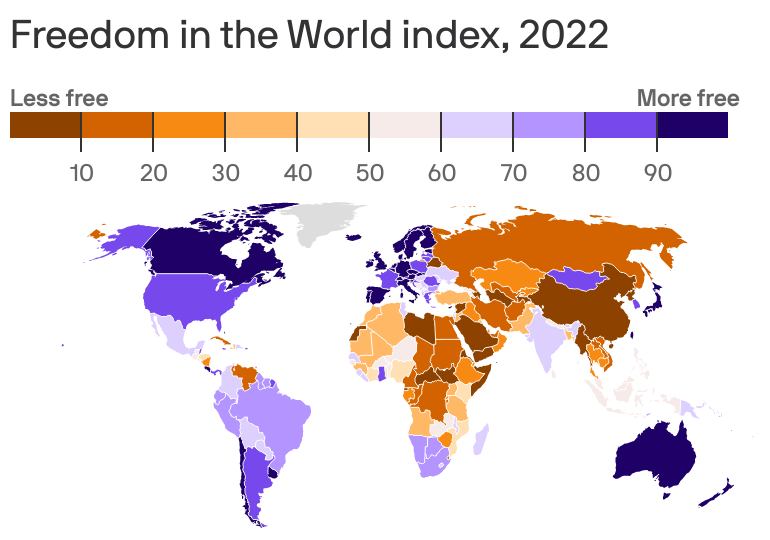 Authoritarians are collaborating in their efforts to consolidate power and accelerate attacks on democracy and human rights, according to Freedom in the World 2022: The Global Expansion of Authoritarian Rule. Autocracy is making headway against democracy and encouraging political leaders to abandon the democratic road to security and prosperity.

States that experienced democratic declines over the past year now outnumber those that improved by more than two to one. With political rights and civil liberties declining for each of the past 16 years, there is a real prospect that autocracy could replace democracy as the governance model guiding international standards of behavior, the report adds.

“Democracy is in real danger all over the globe,” said Freedom House president Michael J. Abramowitz. “Authoritarians are becoming bolder, while democracies are back on their heels.”

“Autocrats in Beijing and Moscow want to co-opt the label of ‘democracy’ to boost their own credibility while undermining actual democracy worldwide,’ said Sarah Repucci, vice president of research and analysis at Freedom House. “It’s high time for democratic governments to move from rhetoric to action. Global freedom and prosperity are at stake.” 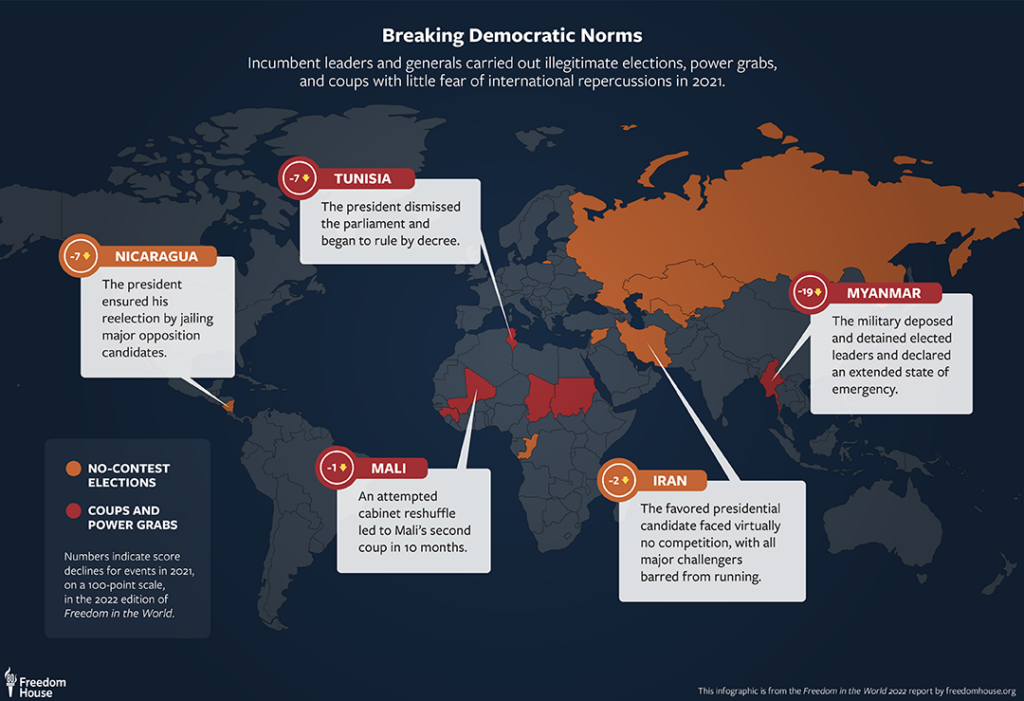 With democracy in crisis around the globe, its enemies no longer feel a need to hide their autocratic ambitions, notes Yascha Mounk. Freedom House finds that the world has entered the 16th consecutive year of what the political scientist Larry Diamond has termed a “democratic recession,” he writes for The Atlantic. Another depressing facet of the Freedom House report is that the number of countries experiencing improvements in their democratic institutions has fallen radically of late. In 2006, the first year of the democratic recession, 56 countries moved toward greater freedom and democracy. Last year, only 25 did. RTWT

Despite significant constraints, people all over the world are resisting autocracy and pushing for democratic change, Freedom House adds. RTWT 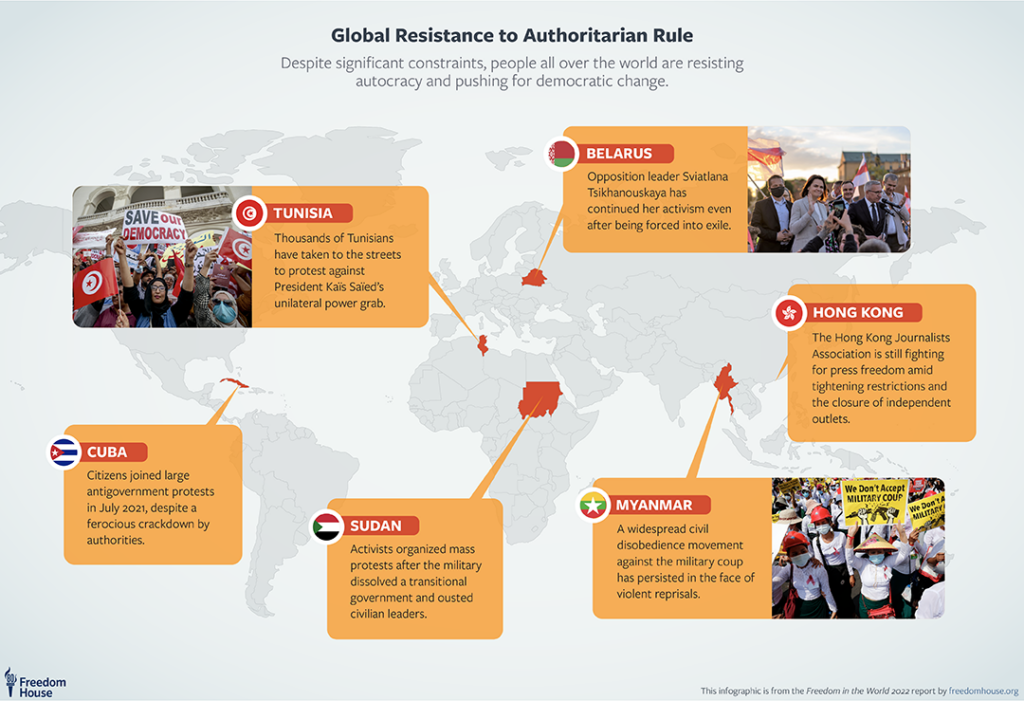