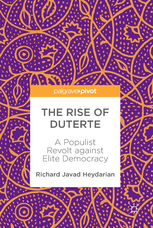 Philippines’ President Rodrigo Duterte’s rise can’t be understood in isolation, argues analyst Richard Javad Heydarian. It has to be situated within a broader context of how populism takes root in rapidly modernizing nations like the Philippines, he writes for The WorldPost, a partnership of the Berggruen Institute and The Washington Post:

The specter of what American pundit Fareed Zakaria calls “illiberal democracy” is haunting the democratic world, as a distinct process of what I call “authoritarianization” puts into question the durability of democratic values in one nation after the other. This is particularly

true among the members of what American political scientist Samuel Huntington termed the “third democratic wave,” which swept across the developing and post-Soviet world over the past four decades. What we see today is the emergence of hybrid regimes that combine elements of electoral democracy with autocratic governance.

“Often the culprit behind democratic decay and degenerative mutation is the absence of functioning state institutions that have the capacity to discipline rapacious elites, enforce laws and insulate the bureaucracy from the undue influence of interest groups,” says Heydarian, author of the book, The Rise of Duterte: A Populist Revolt Against Elite Democracy. “As a result, we are beginning to experience a troubling phenomenon — a ‘democratic fatigue’ — as a growing share of citizens, including in developed societies, becomes comfortable with the notion of military rule or full autocratic takeover.”