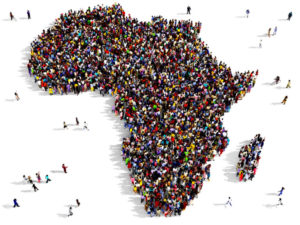 The 82 coups Africa experienced between 1960 and 2000 were devastating for the continent—contributing to the instability, corruption, human rights abuses, impunity, and poverty that characterized many African countries during that era. Coups, moreover, are contagious. A successful coup significantly increases the probability of subsequent coups—in that country as well as its neighbors, says analyst Joseph Siegle. Director of Research at the Africa Center for Strategic Studies.

External powers that are financially or politically propping up coup leaders must also face costs. In addition to blocking the democratic aspirations of millions of Africans, these actors are effectively undermining a rules-based international system while reaping the benefits from it, he contends:

These costs should be reputational and financial. Naming and shaming can deepen antipathy towards these external spoilers and limit their regional influence. This should be accompanied by curtailed security cooperation, constrained access to Western markets and financial networks, and sanctions under the European or Global Magnitsky Acts and Global Fragility Act.

This is not just a moral stance but one that contributes to a more stable and prosperous Africa that can yield more reliable security and economic partners. Africa’s autocracies are responsible for over 75 percent of the continent’s conflicts, forced migration, and food crises. If the West wants to help stem the flow of these destabilizing forces, then it needs to be a steadfast champion of democracy in Africa.

There was a reason the international community broadly worked to eliminate coups in the post-Cold War period, Siegle adds. The same rationale persists today. The question is whether international actors remember the script. RTWT

This article originally appeared on ispionline.it as part of a ISPI Dossier “Back from the Barracks: The 2021 Comeback of Putschist Africa.”