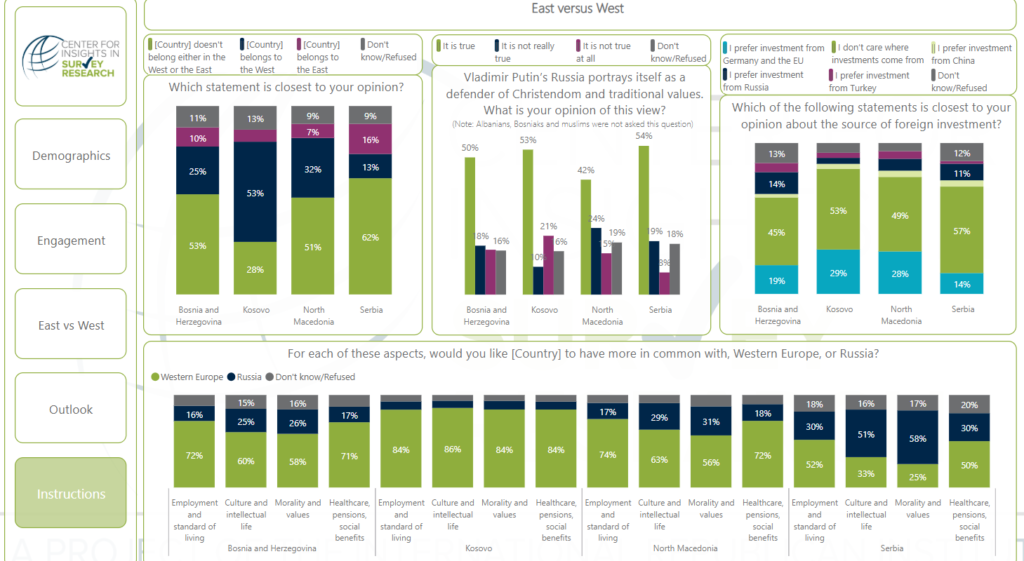 With the exception of Kosovo (53 percent), respondents from Bosnia and Herzegovina (BiH), North Macedonia or Serbia generally do not feel that they belong definitively to either West or East, according to a new poll by the International Republican Institute’s (IRI) Center for Insights in Survey Research:

The survey indicates that a majority of citizens in Kosovo, Bosnia and Herzegovina, and North Macedonia broadly favor a Western approach to “morality and values” and “culture and intellectual” life, while Serbia favors a Russian approach. On “bread and butter” issues such as employment, healthcare and social benefits, a majority of respondents across all four countries wish to have more in common with the West than Russia. 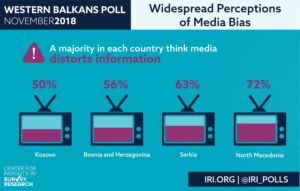 Despite this attitude, the survey suggests that opportunities for engagement by Western institutions exist across the region, adds IRI, a core institute of the National Endowment for Democracy.

“These results clearly show that the great power game is underway in the Western Balkans and that people in the region are torn over how to align themselves,” said Jan Surotchak, IRI Senior Director for Transatlantic Strategy. “However, the data also indicates that increased Western engagement by transatlantic institutions can help to bring these countries firmly into the fold of the democratic West.”