The official Xinhua News Agency said the party’s 19th Central Committee opened its fourth plenary session Monday. It said Xi Jinping, the party’s leader and China’s president, discussed a draft document on strengthening party rule but gave no details…..China’s economic growth slid to 6 percent in the third quarter of the year, its lowest level in almost three decades amid weakened domestic demand for everything from cars to apartments.

Xi has warned this year that China must prepare for “struggle,” an ominous term for domestic and external challenges, and has described his goal as building an authoritarian fortress against any shocks, the New York Times adds:

The meeting this week, also called the plenum, will push efforts to sharpen China’s political defenses, likely including greater use of advanced technology to monitor and manage officials and citizens….“He’s looking at this from the viewpoint of the next 30 years,” said Tian Feilong, a professor of law at Beihang University in Beijing. “The system still isn’t strong enough for this struggle against all kinds of external forces, because it still has many holes.”

“The principal problem stems from the nature of the political system which increasingly permeates all sectors of activity,” said Jonathan Fenby, China chairman of TS Lombard, a firm that advises investors. “The political constraints sap initiative.”

“The plenum ….may bring institutional changes aimed at streamlining the transmission of orders and achieving further centralization of authority,” he added. “But the main element is likely to be an intensification of Xi’s personal leadership.”

If China’s growth slows further in the coming years, as is likely, the Chinese government will probably double down on the repression and aggression of the past decade, argues Michael Beckley, Associate Professor of Political Science at Tufts University, a Jeane Kirkpatrick Visiting Scholar at the American Enterprise Institute, and the author of Unrivaled: Why America Will Remain the World’s Sole Superpower. 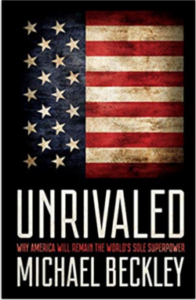 When the country’s leaders cannot rely on rapid growth to bolster their domestic legitimacy and international clout, they will be all the more eager to squelch dissent, burnish their nationalist credentials, and boost the economy by any means necessary, he writes for Foreign Affairs:

Perhaps in a few decades, Chinese power will gradually mellow. Now, however, is a moment of maximum danger, because China is too weak to feel secure or satisfied with its place in the world order but strong enough to destroy it. As China’s economic miracle comes to an end, and Xi’s much-touted Chinese Dream slips away, the United States must contain China’s outbursts with a careful blend of deterrence, reassurance, and damage limitation. Compared to gearing up for a whole-of-society throwdown against a rising superpower, this mission may seem uninspiring. But it would be smarter—and ultimately more effective.

For those who believe that the Chinese state under Xi poses no threat, some recent examples from the region could be instructive, analyst Tom Hanson writes for ASPI’s The Strategist:

It would be a hugely welcome development if U.S. national security and tech sectors could realize that rising to the Chinese challenge is more important for their survival than fighting each other. The Chinese Communist Party and the Chinese corporate sector are laser-focused on their objective — to dominate the next generation of technology and dictate the standards for its use, the Washington Post’s Josh Rogin adds.

“China is offering surveillance, censorship and opacity. The free societies should offer public trust, transparency and accountability as an alternative,” said Christopher Walker, vice president at the National Endowment for Democracy. “U.S. technology leaders should see these values as an opportunity in a competition with China.”

According to a report by the National Endowment for Democracy, a DC-based democracy assistance group, China uses sister city agreements to plant political roots in European cities, Transitions Online adds. Following the classical model of “soft power expansion,” China has created networks of influential individuals and institutions that have then supported economic expansion into Central Europe. The country also aims to spread its history, culture, and technological achievements in a way that paints it as “a non-threatening country of mild fascination,” according to the report. 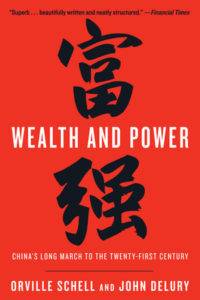 Many midranking officials resent Mr. Xi’s anticorruption drive, which has shrunk their income and influence, Ke Huaqing, a professor at the China University of Political Science and Law in Beijing who studies the rules and workings of the party, said in an interview with the Times:

Cadres have also been punished for complaining about government policies, defying orders to move to other posts, or spreading rumors about leaders. When the party recently announced the punishment of Liu Shiyu, the former chairman of the China Securities Regulatory Commission, it said his misdeeds included a “wavering” political stance and failure to rigorously enforce central leaders’ decisions.

“The Chinese Communist Party could get away without cleaning itself up,” Professor Ke said, “but after a period of time it might collapse.”