Property rights, free markets, and the rule of law supported by democratic institutions are the reason poverty has declined as much as it has, says Atlas Network’s Matt Warner, a former Penn Kemble fellow at the National Endowment for Democracy. But to build an institution that lasts in support of lifting people out of poverty for good, locals must take the lead, he tells Authority’s Fotis Georgiadis. 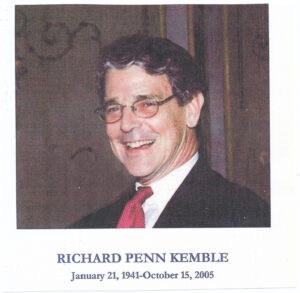 The NED’s Penn Kemble Forum on Democracy has announced its 2020-2021 cohort of fellows, coming from a wide variety of backgrounds and professional affiliations, including Capitol Hill, the U.S. State Department, think tanks, civil society, and the private sector. The Forum engages emerging foreign policy and national security leaders in bipartisan conversations, providing an opportunity to share ideas across sectors and explore the role of democracy and human rights within the context of a broad range of policy challenges.

Richard “Penn” Kemble’s death in October 2005 robbed the democracy movement of one of its most committed activists and strategists. His political evolution took him from early involvement in the young socialist and civil rights movements, through engagement with the U.S. labor movement in combating Communism, especially within Central America. He served as deputy and acting director of the United States Information Agency in the Clinton administration, and Secretary of State Albright appointed him U.S. Representative to the Community of Democracies. In 2002, Secretary of State Powell appointed him to lead a group to investigate slavery and human trafficking in Sudan.

Click here to learn more about the new class of Penn Kemble Fellows.