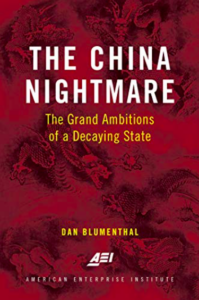 “These lawmakers were duly elected by their constituents, but forced out of their positions by a new directive from Beijing that disqualifies any advocate or supporter of Hong Kong’s autonomy—which Beijing promised to protect—from holding elected office,” added Rubio and Merkley who have been consistent advocates for supporting freedom and democracy in Hong Kong, including championing the Rubio-Cardin Hong Kong Human Rights and Democracy Act (P.L. 116-76) and the Rubio-Merkley Hong Kong Safe Harbor Act.

That bipartisan consensus raises the likelihood that the Hong Kong crisis will continue to drive the “systems conflict” between the United States and China, say experts.

“With this decision, China shows that it doesn’t care about the West, about the U.S.,” Hong Kong Baptist University professor Jean-Pierre Cabestan told Bloomberg. “It’s going to be very hard for Biden to relax the U.S. policy on China and Hong Kong. How can you relax the sanctions? It’s a very sad day for Hong Kong.”

There is a paradox at the heart of the U.S.-China relationship. It is not only China’s strengths that make it so dangerous, but also its weaknesses, a fact that tempts the CCP to escalate tensions and increases the possibility of conflict. For a great authoritarian nation like China, dissatisfaction leads to lashing out, notes Daniel Blumenthal, Director of Asian Studies at the American Enterprise Institute.

The CCP is still tormented by the events that almost led to its collapse three decades ago, he writes for The Atlantic:

There is a direct line from the Tiananmen Square massacre to the ideological crackdown and building of a national-security state that Xi is pursuing. As the political scientist [and former NED board member] Andrew Nathan has concluded, the CCP still believes that it is under “siege from enemies at home colluding with enemies from abroad; … that economic reform must take a back seat to ideological discipline and social control; and … that the party will fall to its enemies if it allows itself to be internally divided.” Given its new prominence in world affairs, observers have difficulty grasping the extent of the siege mentality in Beijing.

China is fearful of a return to a vales-based foreign policy in the United States, according to Wang Yong, professor of international studies at Peking University.

“[If] some people in the U.S. use ideological standards to politicize supposedly international organizations and make alliances against China because China’s ideology is different, then this is a big mistake,” he said. “This is what some people are worried about.”

Ironically, Xi’s strategy might just lead to even greater problems for the CCP. He has centralized power and removed vital social and political pressure release valves. Xi has no appointed successor, adds Blumenthal, author of The China Nightmare: The Grand Ambitions of a Decaying State. Elites in Beijing perceive Xi as arrogant and prone to mistakes, as Freedom House’s Sarah Cook recently argued.

“Xi Jinping’s China is an infirm colossus that will be frustrated by unmet ambitions. A strong but frustrated country poses a special kind of danger. This is the China Nightmare,” @DAlexBlumenthal writes: https://t.co/b5zB6FgDJ1