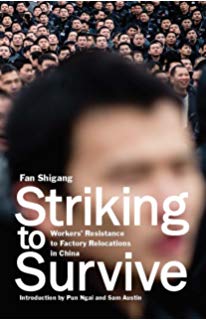 Faculty members at Cornell University said on Monday that they were cutting ties with a leading Chinese university after reports that it was harassing and intimidating students leading a campaign for workers’ rights, The New York Times reports:

Scholars at Cornell’s Industrial and Labor Relations School said they were suspending a 6-year-old research and exchange program with Renmin University in Beijing after the school punished at least a dozen students who joined a nationwide call for better protections for low-income workers in China. ….The campaign has struggled to survive in the face of repeated efforts by the police to crush it. Several leaders of the effort are still in detention, including Yue Xin, a recent graduate of Peking University in Beijing, one of the first to draw attention to the plight of workers in Guangdong. 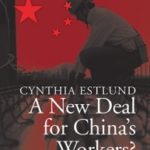 An artificial intelligence program designed by an economist with an influential US think tank is analyzing the Chinese Communist Party’s mouthpiece – and its propaganda – to provide those who report on the politics of China with a clearer idea of what Beijing is thinking and planning, The South China Morning Post reports:

An AI programme developed in 2016 by Weifeng Zhong, a research fellow with the American Enterprise Institute, with Julian Tszkin Chan of the Washington-based Bates White Economic Consulting firm, assesses the policy priorities of the Chinese government by observing what policies appear on the newspaper’s front pages and how often…. The algorithm could be applied “to other communist regimes who used similar propaganda, including North Korea and Cuba,” the economist said.

Beijing is trying to exploit the Chinese diaspora in its sharp power efforts, extending its reach into emigre communities overseas in remarkable ways, NPR reports.

“Now China is building up, it’s rising, Xi Jinping has proposed the China dream. And it wants the Chinese overseas to become part of this Chinese nation, in support of this China dream,” says Leo Suryadinata, an expert on China’s diaspora at the Institute of Southeast Asian Studies at the National University of Singapore.

China has invested billions of dollars in an effort to boost its visibility and improve its image abroad, and the Chinese Communist Party is now increasingly relying more on unsavoury influence operations that use co-optation, bribery, incentivization, disinformation, censorship, and other methods, according to The Hard Edge of Sharp Power: Understanding China’s Influence Abroad, a new report from the Macdonald-Laurier Institute:

Authored by J. Michael Cole, a Taipei-based security analyst and editor in chief of the Taiwan Sentinel, the paper examines the methods used by the Chinese Communist Party to influence countries like Canada and its allies, and what we should be doing to start defending ourselves. Taking policy examples from other countries who are more aware of the threat posed by Beijing, Cole outlines a number of recommendations, including:

The full report is available here. 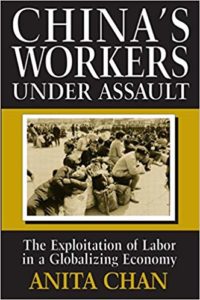 The Cornell move came after several students of Renmin, a top ranked Chinese institution, said they were punished by the school for speaking out online about workers’ rights and for supporting workers’ attempts to unionise in the manufacturing hub of Shenzhen this summer, Cornell told the Financial Times.  Although nominally Communist, China’s ruling party has little tolerance for student groups speaking out on labour issues, and has painted such groups as part of a foreign-influenced attempt to sow discord.

“The myriad actions Renmin has taken against their students for speaking up on labour issues were too grave a violation of academic freedom,” said Eli Friedman, Cornell’s director of international programmes at their school of industrial and labour relations (ILR).

Some academics have expressed worries that Communist influence is increasingly affecting foreign institutions. Last year, the Cambridge University Press removed some 300 academic papers from its website in China on Beijing’s request. The papers, which cover topics like the Cultural Revolution and ethnic tension in Xinjiang, were later restored following an international outcry.