Brazilian democracy faces a moment of “immense danger”, a manifesto signed by almost a million citizens has warned amid growing fears president Jair Bolsonaro could refuse to accept defeat in October’s election, The Guardian reports:

The declaration – whose backers include major figures in business, politics, science and the arts – comes after Bolsonaro escalated his attacks on Brazil’s voting system and summoned hardcore supporters to hit the streets “for the last time” before the 2 October vote.

“After 200 years of independence in Brazil, we should be thinking about our future… but we are focused on preventing a regression,” University of Sao Paulo rector Carlos Gilberto Junior told a gathering of hundreds of academics, business and trade union leaders and civil society* members.

Brazil’s Wall Street turned on Bolsanaro as a second letter, organized by Sao Paulo’s confederation of industries (FIESP), carried the endorsement of hundreds of companies in banking, oil, construction and transportation.

These sectors that traditionally have been averse to taking public political stances, said Carlos Melo, a political science professor at Insper University in Sao Paulo. They appear to have made an exception now, given the fear that any democratic backslide would be bad for business, he told AP.

Bolsonaro has raised fears he could reject the results of October’s presidential election, Reuters adds. The far-right leader and former army captain has questioned Brazil’s electronic voting system and attacked Supreme Court justices who oversee elections, accusing them without evidence of favoring his leftist rival, who leads in opinion polls.

“We are at risk of a coup, so civil society must stand up and fight against that to guarantee democracy,” said José Carlos Dias, a former justice minister who helped write the 1977 letter and the two documents read Thursday.

“I lived under one dictatorship and I do not want to live under another,” said Dias, who is convinced Bolsonaro is plotting to cling to power ahead of a presidential election he looks set to lose. “The polls show he will be defeated. But there’s no doubt that he’s laying the groundwork for a coup. 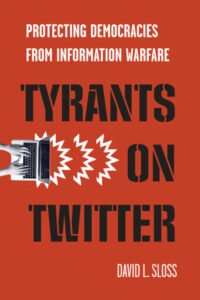 Under Bolsonaro, Brazil is following the regressive trajectory of states like Hungary, moving dangerously in the direction of electoral autocracy, cautions David L. Sloss, author of Tyrants on Twitter: Protecting Democracies from Information Warfare.

Over the last two years the UN cited Brazil in a list of 40 countries in which the human rights situation is “worrisome”, Human Rights Watch warned that president Bolsonaro “has tried to undermine the foundations of democracy by attacking the judiciary and repeating baseless claims of electoral fraud”, and the latest country report from the OAS highlighted attacks on freedom of expression through online and judicial harassment.

The speaker of the House of Representatives, Arthur Lira and the political bloc he leads, an amorphous group known as the Centrão, has propped up Bolsonaro’s administration, staving off more than 100 impeachment requests and pushing big government spending packages through Congress, The FT’s Bryan Harris reports:

The Centrão today encompasses a handful of political parties and 220 out of the 513 federal lawmakers, known as deputados. It traces its origins to the end of the military dictatorship in the late 1980s when parliamentarians banded together to support weak, democratically elected presidents. Since then it has become embedded in Brazilian politics, offering support to governments of any stripe, left or right, in exchange for plum political posts and the resources to support its electoral machines in home constituencies.

“I usually say that more than a specific group, the Centrão describes a type of parliamentary behavior,” said Graziella Testa, a political scientist at the Getulio Vargas Foundation. “It is a group of parliamentarians who are more concerned with being close to government resources than to any independent political orientation or ideology.” 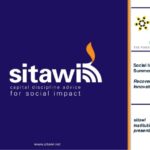 *Civil society groups like SITAWI, a National Endowment for Democracy (NED) partner, aim to promote democratic culture and the value of dialogue, tolerance, and citizen engagement as part of a process to defend democratic processes and principles. It is engaged with the Pacto Pela Democracia (Pact for Democracy) initiative, a civil society platform comprising a diverse group of actors, which is developing a democratic process monitoring mechanism.