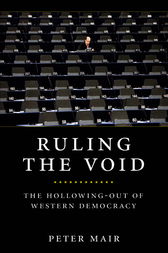 By undermining Parliament in one of the most important political debates of the century, British premier Boris Johnson poses the same dangers to liberal democracy that populist agitators did to the Roman Republic, Ian Buruma writes in Britain’s Enemy of the People?:

There are many disreputable aspects of the Brexit campaign: stoked-up fears of immigrants, delusions of national grandeur, and so on. The more respectable argument revolved around the question of sovereignty. The EU is not a democratic state. EU membership means that certain laws are proposed and enacted by people who have not been directly chosen in national elections. There is a purist case to be made that a liberal democracy cannot delegate law-making powers to supranational institutions without watering down national sovereignty.

Whereas other populists shade into authoritarianism, Johnson “shades into a kind of insouciant nihilism,” Fintan O’Toole writes for The New York Review of Books.

The one virtue of Johnson’s brazenness is that he has surely made obvious to his compatriots what outsiders can see – that the system in which all of this is possible is a democracy built around a solid core of feudalism, he observes in the Irish Times.

Plebiscites are seen in closed systems as a form of “direct democracy,” when the will of the people supposedly finds its purest expression in the will of a great leader, Buruma writes for Project Syndicate:

But the whole point of parliamentary democracy, of which Great Britain has been one of the earliest and proudest examples, is that it is indirect. The idea of the state representing the will of the people is a French Jacobin notion, which has always been rejected by British conservatives, starting with Edmund Burke. There is no such thing as “the people” in a parliamentary democracy, let alone one popular will, or one single popular voice.

Right-wing populism is the legacy of the left-wing obsession with participatory democracy, notes analyst Peter Skerry, a professor of political science at Boston College.

Broader and deeper bureaucratization, professionalization, and dependence on experts trained in the natural and social sciences are now routinely cited as critical factors in citizen disaffection with government. But equally important, these developments have also impacted politics—political parties in particular, and civil society institutions, he writes for The American Interest:

As mentioned above, political scientist Peter Mair argues [in Ruling the Void: The Hollowing Of Western Democracy] that parties have attained “quasi-official status as part of the state.” His further insight is that as party organizations in Western democracies have moved “from a position in which they were primarily defined as social actors . . . to one where they might now be reasonably defined as state actors,” they “are now less well rooted within the wider society” and are “now more strongly oriented towards government and the state.”

Populism offers the promise of democratic renewal, bringing new actors and policies into the political system, Patrick Liddiard contends. But populists in government can erode the institutional checks on executive power necessary for durable democracy, even in previously resilient advanced democracies, and populist mobilization has precipitated democratic breakdown in the wealthiest democracies to ever revert to autocracy: Turkey, Venezuela, and Thailand, he writes for The Wilson Center.