Russians have been so obsessed with Ukraine for five years to the point of forgetting about their own country’s problems, says analyst Liliya Shevtsova (below, left. HT: Paul Goble) and Moscow has done what it can to keep Russia at the center of Ukraine’s reality.  But as the election of Vladimir Zelensky shows Ukraine has gotten over Russia. The question is: can Russia get over Ukraine?

The obsession with Ukraine shows that Russia has no idea about how to consolidate itself, and it shows that hostility to Ukraine has become “an instrument for the legitimation of the authorities” ….. “Poroshenko’s defeat is described by Kremlin interpreters as a systemic failure,” adds Shevtsova, a member of the Editorial Board of the National Endowment for Democracy’s  Journal of Democracy. They cannot understand that the exit of one leader and the entrance of another as a result of elections speaks to the vitality of the system: Ukrainians have won the right to choose leaders, they have the right to make errors and to correct them again through elections.” 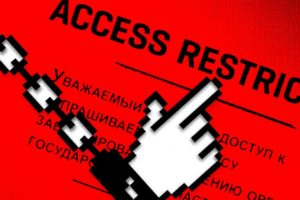 President Vladimir Putin should not sign a bill that would give the government broad capacity to block access to the internet and to censor content offered by Internet Service Providers, says Human Rights Watch. It joined Article 19 and 8 other human rights and nongovernmental groups in opposing the bill. The bill has been approved by Russia’s parliament, but still needs Putin’s signature to become law.

“This bill creates dangerous infrastructure that would give the authorities even greater control over the internet in Russia, without transparency or oversight,” said Rachel Denber, deputy Europe and Central Asia director at Human Rights Watch. “They could more easily and often block access to content or even turn Russia’s internet into a closed system at the touch of a button, without telling the public what they are doing or why.”

Before  Putin’s reelection in 2018, falling living standards, continued mass corruption, and limited prospects for political change sparked a new wave of mass protests with notable youth participation. Now, faced with Putin’s waning popularity, the government has tightened its grip over Russian youth through arrests, intimidation, restrictive new laws, and a revival of Soviet-era youth programs. These attempts to control and shape youth bear a striking resemblance to past top-down strategies employed by the Kremlin and its Soviet predecessors that ultimately failed to tame Russia’s young people, note Polina A., Program Associate, and Lauren Hosp, Senior Program Associate at Freedom House:

With Putin’s domestic approval ratings falling to an almost a record low of 64 percent, and as the Russian economy slows down, any signs of opposition have become much more threatening. The government is utilizing its full arsenal of repressive measures, which may be enough to strike fear into the hearts of young activists and artists in the short term, but will hardly solve the Kremlin’s problem of unruly youth in the long term. Moreover, the Kremlin’s “taming” approach— particularly, the patriotic factories—are unlikely to work; at least not until officials change the top-down approach that only elicits eye-rolls from youth.

Voting in Russia: A Regional Analysis

In the September 2018 gubernatorial elections, several regions throughout Russia rejected pro-Kremlin candidates. In fact, Russia’s regions appear to have grown increasingly dissatisfied with a number of federal policies and increasing economic stagnation. The latest statistical analysis offers insights into which factors might hinder or contribute to the election of pro-Kremlin candidates in the regions and tools to forecast future voting patterns outside the capital.