A high-level look at NATO’s next 10 years recommends significant changes to confront the new challenges of an aggressive Russia and a rising China, urging overhauls to fortify the alliance’s cohesion and to better coordinate with democratic allies around the world, the Times reports:

NATO did well boosting military deterrence after the Russian invasion of Ukraine and annexation of Crimea in 2014, the report commissioned by the alliance says. But with a similar challenge to the West arising from an ambitious and authoritarian China, it says the alliance now needs to make similar advances on the political side, including reaching out more consistently to Asian allies anxious about Beijing’s ambitions. 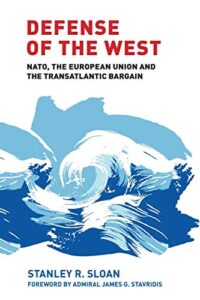 The report is also blunt about the problems of democratic adherence inside the alliance, arguing that with ideological rivals like Russia and China, the political health of the alliance matters more, the Times adds. It recommends creating a Center of Excellence for Democratic Resilience and recommitting all members to the principles of the NATO founding treaty, whose prologue commits them to uphold “the principles of democracy, individual liberty and the rule of law.”

But democratic backsliding in Western states undercuts the cohesion of NATO at a time when conflicts around the world are heating up. It undermines trust between allies, limits intelligence sharing and reduces the effectiveness of diplomacy, deterrence and operations, argues Constanze Stelzenmüller, a senior fellow at the Brookings Institution.

The transatlantic alliance, born out of the crucible of the second world war and the Holocaust, always had liberal democracy at its heart. For decades, the American security umbrella enabled the conditions for stable representative governance to take root in Europe: functioning states, open market economies, inclusive social contracts, she writes for the Financial Times: 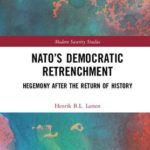 Yet when some NATO member states took authoritarian turns — as happened in Greece, Portugal and Turkey — others turned a blind eye. Our allies’ domestic affairs, it was held, were none of our business. This has to change. The alliance is based on the principle that the security of one member is the security of all. The 2008 financial crisis and its long aftermath taught us a hard lesson: in an interdependent world, the vulnerability of one is the vulnerability of all. And security today begins with resilient domestic governance.

Americans, Canadians and Europeans must now help each other think through how their own democracies can be made fit for purpose in an age of great power competition and deepening global networks, Stelzenmüller asserts. RTWT

The west must live up to its own principles on democracy https://t.co/3WHuyhSdoM via @financialtimes

Today, with the rise of populism and nationalism and intensifying tensions between rival governments, democracy and internationalism appear under threat, the Carnegie Endowment observes. But is this shift in geopolitics an indication of weakened systems or growing pains reflective of evolving global governance?

Join G. John Ikenberry, Kori Schake, and Thomas Carothers for a conversation on the past, present, and future of the liberal international order, inspired by Ikenberry’s latest work, A World Safe for Democracy: Liberal Internationalism and the Crises of Global Order.