Illiberal regimes have had a good run, but perhaps the tide is shifting. “Protesters poured into [Hong Kong’s] streets for a second Sunday despite the suspension of a controversial bill to expand the government’s extradition powers, as a week of demonstrations appeared to be spiraling into a broader political movement,” The Washington Post’s Jennifer Rubin writes:

The protesters have not run out of energy. “On Sunday, hundreds of thousands of people marched again in Hong Kong despite the government’s concession a day before, insisting that the legislation be withdrawn while making new demands, including for an investigation into the use of excessive force by the police in clashes with protesters. The large turnout was a surprise, and it means the crisis is not over for [China’s leader, Xi Jinping]. Given how he has consolidated power in China, he may find it increasingly difficult to avoid blame.”

The populist Prime Minister of Hungary, Viktor Orbán, who coined the term ‘illiberal democracy’, is undermining the basis of democratic discourse, according to former Canadian Liberal Party leader Michael Ignatieff,  currently president and rector of the Central European University (CEU).

“We’re in a very difficult position,” said Ignatieff, referring to both CEU and universities in general around the world. “I think we need to focus on the fact that authoritarian regimes are increasingly clamping down on the academic freedom [we] used to take for granted.”

“I think in a ‘post-truth’ world, universities – and the media – are just more important than ever before,” he told the third international Worldviews on Media and Higher Education Conference. “We should be proudly elitist in our defence of knowledge. We should fight back against these pressures.” 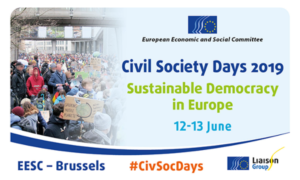 In the Visegrad states of Central Europe, corruption scandals, oligarchisation of the economy, mafia connections, attacks on the judiciary and civil society are symptomatic not of illiberal democracy but of liberties usurped by the executive, notes Ivan Gabal, a sociologist and former parliamentarian.

Poor parliamentary oversight of positions presented in EU institutions has become a permanent feature of the democratic deficit in the V4 countries, he writes for Visegrad Insight, a partner of the National Endowment for Democracy.