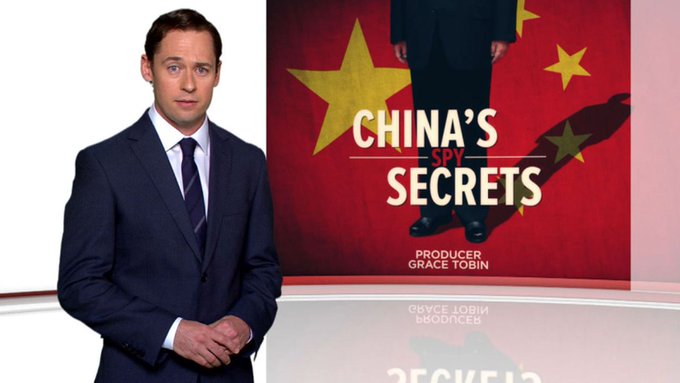 Taiwan President Tsai Ing-wen’s ruling party denounced China as an “enemy of democracy” on Monday following fresh claims of Chinese interference in the island’s politics ahead of presidential and legislative elections on Jan. 11, Reuters reports:

The allegations, reported by Australian media, were made by asylum seeker Wang Liqiang who said he was a Chinese spy. China, which claims Taiwan as its sacred territory, to be brought under Beijing’s control by force if necessary, has branded the asylum seeker a fraud. 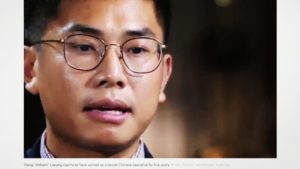 “Taiwan was the most important work of ours: the infiltration into media, temples, and grassroots organisations,” Wang (right) told Australia’s Channel 9 “60 Minutes” program on Sunday.

So far, some Western diplomatic officials believe the claims to be reliable at least in part, according to two people briefed on the matter. While some of his details appeared speculative and impossible to verify, the officials were taking his claims seriously, the people said. If verified, his account would be one of the most detailed ever made public of China’s covert measures to manipulate politics and public opinion in Hong Kong and Taiwan.

Mr. Wang’s account, a 17-page plea for political asylum in Australia, reads in parts like an espionage thriller. He detailed code names of covert operations, shadowy business ventures and ultimately his dawning disenchantment with what he described as China’s efforts to stifle democracy and human rights around the world [what the National Endowment for Democracy terms China’s sharp power].

In comments made to the Nine Network and Nine newspapers over the weekend, Wang said he had conducted spying operations in Hong Kong, Taiwan and Australia, The Australian adds:

He said he had worked in Taiwan with a fake identity to influence local government elections in 2018 by infiltrating the local media and grass roots organisations. Wang said he had also worked in Hong Kong with a company called China Innovation Investment which infiltrated the media and the city’s universities to counter the pro-democracy movement.

The case confirms that the Chinese threat is real, observers suggest. 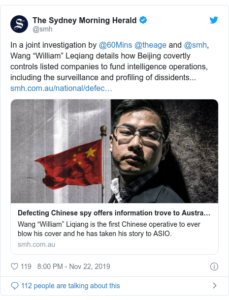 Prime Minister Scott Morrison has described allegations the Chinese government is actively seeking to inject agents into Australia as “deeply disturbing and troubling” but says the government is well positioned to counter any threats, The Age adds:

Mr Morrison said Australia was not “naive” to the threats it faced more broadly and had made significant investments and legal changes in recent years to combat foreign interference. His comments come after The Sydney Morning Herald and The Age revealed authorities were investigating claims a Chinese espionage ring tried to install an agent for Beijing in a seat in federal Parliament. Sources with knowledge of the alleged plot believed the suspected Chinese intelligence group offered a million dollars to pay for the political campaign of Liberal Party member and Melbourne luxury car dealer Bo “Nick” Zhao, 32, to run for an eastern suburbs seat. 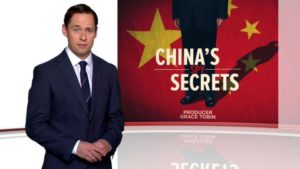 The #HongKongElections were a massive rebuke to #Beijing, activist Minh Ngo @minhtngo tweeted.

Did you miss any of the special joint investigation from #60Mins, @TheAge and @SMH? @MichaelDanbyMP tweeted. Watch the world exclusive interview with Chinese spy Wang Liqiang on @9Now.

Western officials are anxious about the insidious danger posed by an emerging Chinese superpower whose true intentions are under suspicion everywhere — from cowering nearby countries to corporate supply chains to far-flung Arctic outposts, POLITICO’s Blake Hounshell and Bryan Bender add. As one Western official put it, “Russia is like a series of hurricanes. China is climate change.”