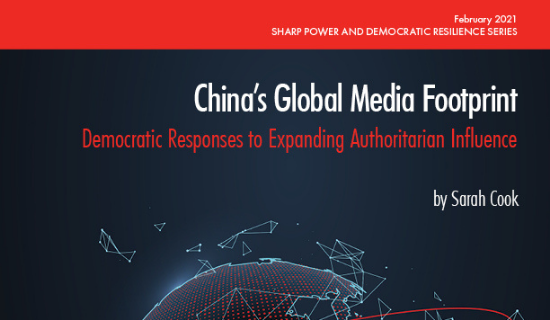 China has closed down the audio-only social network iPhone app Clubhouse which has seen an explosion of new users in the last week, including Chinese people discussing politics. According to mobile analytics firm Sensor Tower, the app was downloaded 2.3 million times by 31 January.

At times, participants have acted like exhilarated West and East Berliners converging along the breached wall of the divided city in 1989, the unfettered opinions of Chinese citizens reaching out past their own Iron Curtain, China’s Great Firewall, notes Melissa Chan, a collaborator with the Global Reporting Centre and a term member of the Council on Foreign Relations. However, Clubhouse users understood that, unlike the events of Berlin, this halcyon moment would end whenever the Chinese Communist Party reacted. That happened Monday, when the app was blocked; what may follow are targeted persecutions of those who spoke too freely, she writes for Foreign Policy:

In this brief period, though, the conversations felt like confessionals or group therapy, users tuning in and tearing up. One Han woman apologized to Uighurs, sobbing that she feared “Chinese are standing on the wrong side of history.” …On Clubhouse, Taiwanese have played an interesting role in jump-starting many of these conversations, with podcasters, bloggers, and influencers there launching and moderating some of the earliest rooms. Beijing, ever paranoid about ideological intrusion, is likely to read these good-natured attempts at engaging, typical in any open society, as a pernicious plot. Taiwanese have quickly been joined by moderators from different backgrounds, however, from mainland Han Chinese to overseas Uighur activists.

For now, the magical moment has passed, Chan adds in China Ends the Clubhouse Spring. Despite Beijing’s frequent claim that the world ignores the opinions of Chinese people, the eagerness with which others rushed to listen shows how much people want to hear their unfiltered speech. RTWT

Haiti, Myanmar, Russia, the United States, Hong Kong and Ethiopia are an unlikely grouping of countries: but they’ve all faced complex challenges to democratic rule in recent weeks, notes POLITICO’s Ryan Heath. In one it’s an out-and-out coup (Myanmar), in others an insurrection (Haiti and the United States). In Hong Kong an international treaty — the Sino-British Declaration protecting democracy until 2047 — is violated, in Russia the opposition leader jailed, and in Ethiopia it’s armed conflict over a disputed election. What all six examples show is democracy denied or poisoned, and struggling to breathe, he writes:

Their sharper edge undermines democratic norms, erodes national sovereignty, weakens the financial sustainability of independent media, and violates local laws. An acknowledgment and understanding of the challenges that China’s party-state and related actors pose to media freedom globally—not only by China experts, but by the full array of nongovernmental actors engaged in the media, news, and technology sectors—must be central to a comprehensive response, she writes in a new report from the NED’s International Forum.

Her analysis describes the Chinese Communist Party’s (CCP) sharp power efforts to shape media content around the world and documents how nongovernmental actors contribute to a growing accumulation of activities aimed at countering Beijing’s media influence while protecting democratic institutions.

The ruling Communist Party’s response has been to try to persuade gig workers to join a trade union. In 2015 China’s leader, Xi Jinping, launched a plan for “experimental reform” of the umbrella organisation to which all unions must belong, the AllChina Federation of Trade Unions (ACFTU) …..And according to CLB, some unions have devoted more resources to helping workers with legal advice. Sometimes the local union federation stands up for workers, even when the union inside the company does not. …Yet it remains distant from many workers. Of 350 delivery workers interviewed by Jenny Chan of Hong Kong Polytechnic University, not one knew what the federation does.

Regardless of reforms, unions are a wing of the Communist Party, and union officials are considered civil servants, so they cannot do anything that goes against government policy. Sometimes, a firm’s boss is also head of the union, says Chris Chan of the Chinese University of Hong Kong. “The most important task of local governments isn’t to protect workers’ rights, it is to maintain social stability and ensure economic development,” he says.

The party is keen to prevent people from banding together, the Economist adds. “If you have a group of 50 workers from some workplace and they go and say that the boss hasn’t been paying them, the first thing the union tries to do is chop it up into 50 individual cases,” says Eli Friedman of Cornell University.