The great question facing the free world is how to deal with China in this new era of competition, argues analyst Michael Auslin. One answer is provided in a new “handbook” for democracies, published this week by the Halifax International Security Forum (HFX) to coincide with its annual conference, he writes for National Review:

The handbook, entitled “China Vs. Democracy: The Greatest Game,” is a primer on how the PRC threatens the open global society that is the source for most of its own wealth and power. Divided into chapters that look at the CCP’s oppression inside China, influence campaigns against democracies, the battle over global economic domination, the race for technological supremacy, and the military competition that may determine war or peace, the handbook is one of the first comprehensive attempts to chart the broad China challenge. 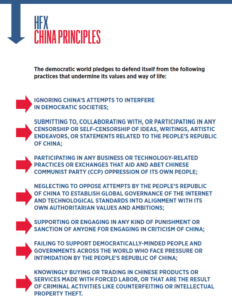 The handbook highlights the HFX China Principles that defend the values that underpin democratic societies. Interviewees for the book included Shanthi Kalathil, Senior Director of the International Forum for Democratic Studies at the National Endowment for Democracy, and Journal of Democracy contributor Minxin Pei, Professor of Government, Claremont McKenna College, who will deliver this year’s Lipset Lecture on Totalitarianism’s Long Dark Shadow Over China – see below). RTWT

“China can only be governed effectively by a firm central autocratic ruler; democracy and federalism would both be disastrous for such a populous country.” Or so the ruling Communist party charges in one of the standard talking points of the regime’s ‘message washing,’ notes analyst Rowan Callick.

Untrammelled party rule, and a rigorously disciplined whole-of-government approach, have enabled Beijing to use such divergence as a wedge to drive self-doubt within liberal democracies around the world, he writes in The Elite Embrace, a must-read paper for Australia’s Centre for Independent Studies, a non-profit, public policy research institute:

Understanding the PRC’s program and its sociological framing is crucial, especially for those who live in liberal democracies including Australia. The Western ethos briefly assumed higher ground with the demise of the Soviet Union but today faces a cohesive ideological, cultural, strategic and economic challenge. This challenge is dividing multilateral organisations, nations, political parties, universities, business groups, and families and friends, exacting a personal toll exacerbated in 2020 by the pain and divides also imposed by COVID-19.

In today’s China, there’s no process more important than the country’s rise on the global stage and its strategic competition with the United States, adds Weifeng Zhong, a senior research fellow with the Mercatus Center at George Mason University. To track China’s top priorities, my research team developed the open-source Policy Change Index project, which analyzes the narrative of China’s propaganda and predicts its next moves, he writes for The Diplomat:

As we have shown, China’s oversea aggressions under President Xi Jinping today can be traced back to former President Hu Jintao’s signature “harmonious society” initiative in 2005, which slowed down market reforms and, instead, started flexing the government’s muscles at home and abroad, he observes.

Beijing has all but abandoned its Deng-era experiment in “local level democracy,’ Callick observes, adding that Victor Shih, Associate Professor at the University of California San Diego, says “many in the elite stratum of China, even the younger generation, believe most people in China, except for the elite, are incapable of making sound political decisions.” RTWT 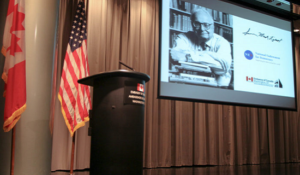