The U.S.-China trade dispute is now about much more than economics—it’s testing whether a democratically elected government can prevail in the face of the authoritarian government of the world’s most populous country, argues former White House economist Joseph W. Sullivan.

“China’s victory would bring about a world in which democracies are enfeebled and the largest autocracy is emboldened,” he writes for The Atlantic:

The dismal science of economics has much to say about economic relations between China and the United States. But the worst possible legacy of this trade conflict would not necessarily be dismal for reasons familiar to places such as the Council of Economic Advisers. It would be dismal because it makes the world safer for China’s authoritarianism and more dangerous for elected leaders who dare to challenge its malign behavior. RTWT 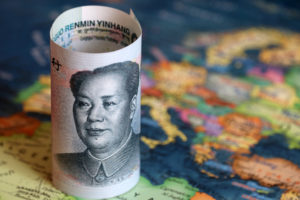 Even as Beijing is embroiled in a trade war with the United States and facing protests in Hong Kong, Chinese officials and the Czech mayor are still sparring, the Washington Post reports (HT:FDD) The feud offers an especially raw example of how China is trying to flex its muscles in Europe — with little tolerance for objections. China has been investing in Europe in conjunction with its broadly defined Belt and Road Initiative. And it has focused special attention on Central European countries.