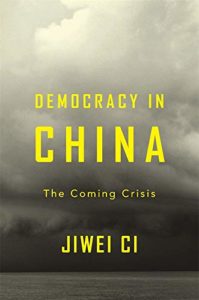 China’s Communist leaders are engage in an ideological conflict with liberal democracy on the global stage and, domestically, using modern-day totalitarian brainwashing, bizarre lies and industrial-level indoctrination to suppress Muslims.

Capitalism convincingly triumphed over socialism at the end of the Cold War, a new analysis notes. But that does not mean that struggles between the emerging variants of capitalism—liberal-meritocratic and political—will be any less fierce.

When politicians, pundits, and academics speak of a growing competition, or even a New Cold War, between the United States and China, one thing that is not asked enough is what is being competed for. Likewise, when we speak of an “American” or “Western” model, in contrast to a “Chinese” one, it is worth asking what or who exactly is being modeled, and to what end, says Nils Gilman, vice president of programs at the Berggruen Institute.

One of the virtues of Branko Milanović’s new book, Capitalism, Alone, is that it addresses these questions head-on and with useful insights and results. The answer, according to Milanović, is that the competition is to win the hearts and minds (or, as we will discuss, at least the pocketbooks) of the leaders of what used to be called the Third or developing world, and which is now generally referred to as the Global South, he writes for The American Interest:

What Americans of both parties have belatedly and angrily realized is that we find ourselves locked in a profound struggle not with some communist power slowly democratizing, but rather with a rival, authoritarian brand of capitalism, firm in its own vision of politics, with neither need nor intention of converging with our own model. Indeed, if anything, the illiberal turn in western democracies over the last decade suggests that insofar as convergence is happening, it is via more fragile liberalizing democracies becoming more authoritarian rather than the other way around.

Liberal meritocratic capitalism does not need as much growth as political capitalism in order to legitimate itself, but it does need to ensure that there is in fact reasonably equal opportunity to succeed, Gilman adds. RTWT

Australia’s bipartisan opposition to the China encroachment on our telecommunications infrastructure was a turning point for how Huawei was perceived by Western governments, notes Michael Danby, the former member for Melbourne Ports, a former parliamentary secretary and Labor whip and served for several years as chair of the Joint Parliamentary Committee on Foreign Affairs, Defence and Trade. The Economist, which had sparked the original international concerns about Huawei, later editorialised on the fightback being led by Australia against what the National Endowment for Democracy has termed “China’s Sharp Power;” Beijing’s aggressive but non-military measures such as debt diplomacy and foreign interference, he writes in a must-read piece for The Spectator.

A number of middle-income countries with authoritarian regimes have, after periods of instability, transformed into democracies before making that final leap to advance economy status. These include Spain, Portugal, Taiwan and South Korea. Countries which failed to transform, such as Zimbabwe, can descend into greater authoritarianism and failed economy status, notes Angela Jackson, an economist at Equity Economics.

So what course will China take? she asks in the Sydney Morning Herald. The fear is that the current unrest in Hong Kong is the start of more widespread unrest in the face of a slowing economy. How China responds will shape the global order for a generation. If it leads to a strengthening of autocratic rule and a stifling of individual freedoms many Chinese people will suffer and the economic miracle of China (and Australia) is likely to end.

China needs to choose a democratic course, if only for “prudential” reasons—”to stave off the potentially disastrous consequences for social and regime stability of trying in vain to indefinitely maintain the status quo,” according to Democracy in China: The Coming Crisis (above) by Jiwei Ci, a professor of philosophy at the University of Hong Kong. Meanwhile, China is shedding its Deng Xiaoping modesty (“hiding one’s light and bidding one’s time”) and claiming a central place in universal history.

Regardless of China’s material power, Ci predicts, most of humanity will not emulate a China that denies its people political freedom, notes Walter Clemens, Professor Emeritus of Political Science at Boston University. Absent freedom and democracy, the Chinese Dream could be left offering only “bread alone” prosperity. In today’s China the natural human desire for agency has been displaced by access to material wealth. But a bourgeois society will sooner or later come to demand so-called bourgeois freedoms.

“Ying shou jin shou” — “Round up everyone who should be rounded up.” The echo of “1984,” “Brave New World” or “Fahrenheit 451” is unmistakable. But this is not dystopian fiction. It’s a real bureaucratic directive prepared by the Chinese leadership, drawing on a series of secret speeches by Xi Jinping, China’s authoritarian leader, on dealing ruthlessly with Muslims who show “symptoms” of religious radicalism, the New York Times adds:

There’s nothing theoretical about it: Based on these diktats, hundreds of thousands of Uighurs, Kazakhs and other Muslims in the western Xinjiang region have been rounded up in internment camps to undergo months or years of indoctrination intended to mold them into secular and loyal followers of the Communist Party. This modern-day totalitarian brainwashing is revealed in a remarkable trove of documents leaked to The New York Times by an anonymous Chinese official.