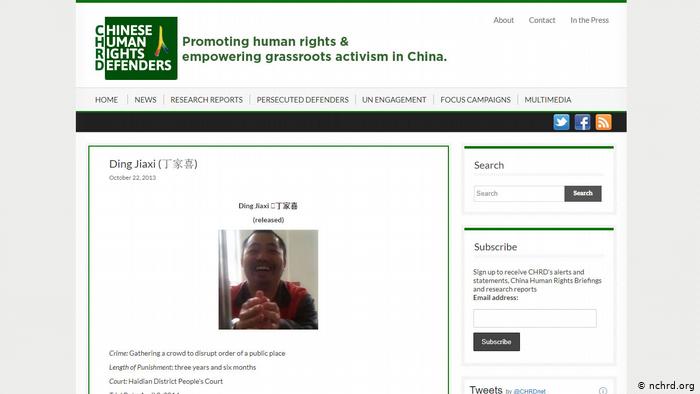 More than a dozen Chinese lawyers and activists are reportedly missing or were detained by authorities in the final days of 2019 as part of the Chinese government’s year-end crackdown on pro-democracy campaigners, Deutsche Welle reports:

Human rights groups said Thursday the latest crackdown was linked to a meeting in the eastern coast city of Xiamen in Fujian province, where participants discussed ways to transform China into a democratic country. Among those detained by Chinese authorities was Ding Jiaxi, a Beijing-based disbarred lawyer, who was previously jailed for protesting against government corruption, according to China Human Rights Defenders (CHRD).

“Chinese civil society faces continuous crackdown at the end of 2019. More than 10 activists and lawyer were detained or summoned within days,” Phoebe Kong, DW’s correspondent in Hong Kong, wrote on Twitter.

China’s leaders seem as determined as ever to do away with the high degree of autonomy they once promised, threatening to put Hong Kong further under Beijing’s authoritarian control, The New York Times adds (HT:FDD).

In truth, this year has been an annus horribilis for Chinese soft power; the imprisonment without trial of two Canadians in Beijing, the repression of Uighur minority people in mass incarceration camps, public spats against Arsenal footballer Mesut Özil and basketball’s Houston Rockets manager Daryl Morey, and several other issues have all besmirched China’s image. Yet Beijing wants to export its development model, The Financial Times argues:

In one example, officials held a forum in November called “The Significance of China’s Social Governance to the World”, attended by 200 experts from 20 countries. Xinhua, the official news agency, praised the conference as providing “wisdom to a world that is in need of new governance models”. As Elizabeth Economy noted for the US Council on Foreign Relations this month, China has been training officials from neighbours on how to suppress dissent and attract foreign investment, while accessing and retaining foreign technologies and skills. 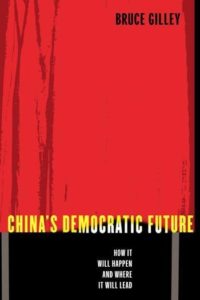 If this view persists, it will fall upon the rest of the world to decide to what extent an authoritarian, at times draconian, China can and should be engaged, the FT suggests.

The Chinese Foreign Ministry announced the first wave of countermeasures since the US passed and signed the so-called Hong Kong Human Rights and Democracy Act, according to reports:

The move includes suspending visits of US warships and aircraft to the city and sanctioning multiple US-headquartered non-governmental organizations, including the National Endowment for Democracy (NED) and Human Rights Watch. Chinese experts said that some US diplomats at the US Consulate General in Hong Kong and Macao who have connections with the targeted NGOs could be expelled as these organizations‘ activities in Hong Kong could be deemed illegal in the future.

The end of communist rule in China will be one of the most momentous events of the twenty-first century, sounding the death knell for the Marxist-Leninist experiment and changing the lives of a fifth of humanity, Bruce Gilley writes in China’s Democratic Future: How It Will Happen and Where It Will Lead. 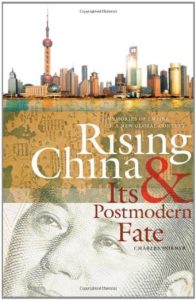 But the Communist regime is betting that the legitimacy of its dictatorship, which it once tried to derive from Western Marxism, can instead be derived from traditional Chinese political thought, argues Charles Horner, a senior fellow at the Hudson Institute, and author of Rising China and its Postmodern Fate: Memories of Empire in a New Global Context.

Leadership, in other words, has decided that it is time for Confucian Oldspeak to come to the rescue of Communist Newspeak. In so doing, Beijing has wagered that our ignorance of what Confucianism really is will make useful idiots of us all, he writes for The Claremont Review of Books:

But there are many Chinese, in China and elsewhere, who object to the Chinese Communist Party’s hijacking of China’s political tradition. We should help them make those objections. Western leaders and scholars can encourage democratic sentiment in China not only by promoting Western principles, but also by educating themselves and others about the true meaning of Confucian mores. Those values—real Chinese values—do not justify high-handed authoritarianism nor mass imprisonment, let alone genocide. Just the opposite: if treated properly, Confucianism could form the basis for a new flourishing of political and civil rights in the East. We should do everything we can to encourage that development.

China appears to have been destroying traditional Uyghur cemeteries for several years as part of what critics describe as a broader, coordinated campaign to control Islamic beliefs and Muslim minority groups within its borders, CNN reports (HT:FDD)