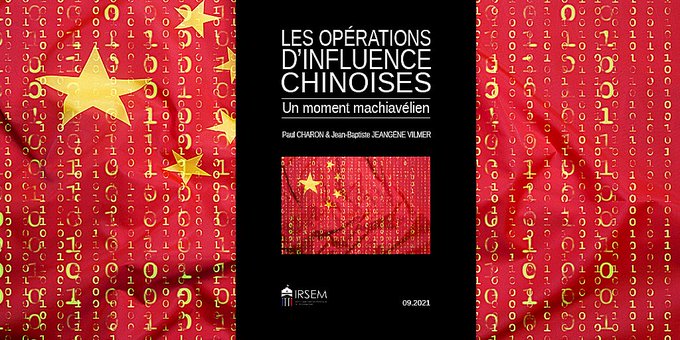 China poses a “threat unlike any other” nation in history, according to the chair of the U.S. Senate Intelligence Committee.

China is “not only investing in a host of areas, but they are catching the West writ large asleep at the switch in setting tech protocols and rules. These are things we always thought would be set in the West.”

“Democracies have to create an alliance to really collaborate on tech,” he added. “This is an economic competition and a values competition.”

Technology is one of a variety of means through which Beijing propagates its autocratic model, notes Eileen Donahoe, Executive Director of Stanford’s Global Digital Policy Incubator. It certainly includes the diffusion of technology, but it also includes the diffusion of values, norms, and concepts related to appropriate uses of and constraints on technology, she writes for Just Security.

The authoritarian model is also spread through propaganda and economic coercion, sometimes referred to as “sharp power,” and even through concerted efforts to influence tech standard-setting bodies, where repressive potential can be embedded in tech protocols for the future. These elements generally come as a package deal, adds Donahoe, a board member of the National Endowment for Democracy (NED).

When it comes to tech and social media firms, authoritarian regimes like those in China and Russia take heavy-handed actions with little regard for due process or the rule of law, reflecting a desire to further subordinate the private sector to the repressive political interests of the state, according to Freedom House analysts Adrian Shahbaz and Allie Funk.

A “vast and detailed report” from the Strategic Research Institute of France’s renowned Military College (Irsem – picture above) details how China has built a tentacular network of influence operations, employing the sharp power concept developed by the NED’s International Forum for Democratic Studies, RFI reports.

The Community of Democracies Working Group on Democracy and Technology hosts a virtual side-event – Developing safeguards to prevent the abuse of new technologies and growing influence of digital authoritarianism – on the margins of the CoD 10th Ministerial Conference: September 30, 2021; 16:00 pm CET/10:00 am EDT (Details below).

Chinese students studying abroad must watch what they say publicly and online at all times, prompting many to engage in self-censorship. Those who openly question Chinese government policy often face retribution, ranging from online bullying to retaliation against relatives in China, rights activists tell EurasiaNet. 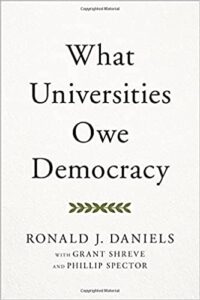 This was true throughout the 20th century: Benito Mussolini forced Italian faculty to take loyalty oaths in 1931, and the Polish secret police in the 1970s harassed and arrested students in the “flying university” that covertly held lectures in private homes and apartments, he writes for the Washington Post:

Present-day authoritarians are similarly arrayed against universities. Only a few years ago, Central European University — a private, international research university then-headquartered in Budapest — was the subject of a vicious smear campaign waged by Hungary’s increasingly autocratic prime minister, Viktor Orban. The university in 2019 was forced to move to Vienna. As authoritarians tighten their grip in Turkey, Russia, Brazil and elsewhere, attacks on universities have proliferated.

Autocratic regimes are also asserting sharp power within international institutions like the United Nations and the World Bank.

“At face value, the seriousness of the allegations that Ms. Georgieva would risk the integrity of both the data and the Bank to cater to the Chinese Government is hard to overstate,” the senators wrote.

Authoritarians have experimented with and refined a number of new tools, practices, and institutions that are meant to shield their regimes from external criticism and to erode the norms that inform and underlie the liberal international political order, says Alexander Cooley, director of Columbia University’s Harriman Institute and a professor of political science at Barnard College.

These global political changes and systemic shifts have produced new counter-norms that privilege state security, civilizational diversity, and traditional values over liberal democracy. The effects of these changes are most visible in the narrower political space that nongovernmental organizations (NGOs) are facing, the shifting purposes that regional organizations are embracing, and the rising influence of non-Western powers as international patrons, he writes for the Journal of Democracy. 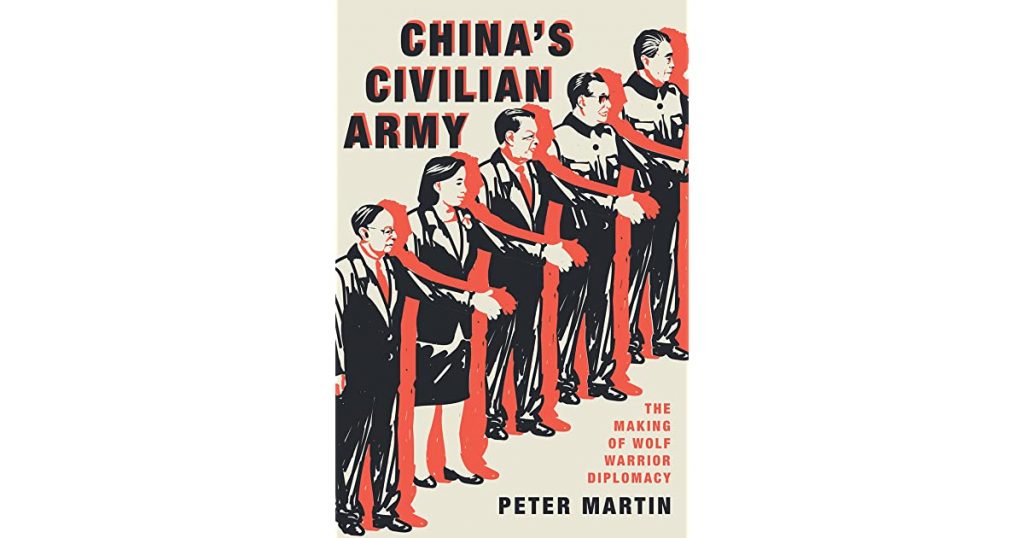 The regime is quicker to take offence, and retaliates more harshly, the Economist observes, noting that Gui Congyou, China’s ambassador to Sweden, sounded like a gangster: “We treat our friends with fine wine, but for our enemies we have shotguns” (see article).

In the contest for regional hearts and minds, Australia needs a bolder voice to contest Beijing’s propaganda and counteract its influence, according to analysts Ashley Townshend and Thomas Lonergan. In the Indo-Pacific region, China is employing grey-zone activities and asymmetric tactics to achieve strategic goals without the overt use of military force, according to the sobering 2020 defence strategic update, they  write for the Guardian.

As Australian defense force chief Angus Campbell says, sunshine is “an extraordinarily powerful disinfectant” – it can disarm disinformation and expose Chinese coercion. But operating in this space requires an agile mindset. Australia must borrow from Europe’s response to Russian info-wars while adopting a more decentralised approach that reflects the Indo-Pacific’s political and cultural diversity.

Traditional rhetoric about “upholding the rules-based order” or “ensuring a free and open Indo-Pacific” is insufficient to foster regional cohesion and incentivize collective action, they contend, expressing concern that language about building a “world order that favors freedom” or winning a 21st-century struggle between autocracy and democracy risks being more divisive than useful in the region.

A new narrative should amplify nascent language on the centrality of sovereignty, domestic resilience, prosperity, and stability in the Indo-Pacific, they write for War on The Rocks. It should underscore that gray-zone coercion poses a fundamental threat to these pillars of regional order. RTWT