China’s advanced surveillance regime is taking root along the length of the Belt and Road—especially the Belt, the overland Eurasian routes that were the origin of the government’s ambitious investment project. Recently, Kyrgyzstan opened a new police command center in its capital, Bishkek, putting its new facial recognition cameras to work, notes Bradley Jardine, a global fellow at the Wilson Center’s Kissinger Institute.

The initiative is part of Bishkek’s emerging effort to become a so-called smart city—a catchall term for cities with advanced data-processing capabilities, he writes for Foreign Policy:

Such projects are being implemented across the region with help from China. This April, Huawei closed a $1 billion deal with Uzbekistan to build a traffic-monitoring system involving some 883 cameras. Meanwhile Hikvision—another Chinese company under U.S. sanctions that advertises its ability to spot the faces of members of the Uighur minority in crowds—supplies major urban centers across Kazakhstan.

The World Bank this week announced it would scale down development work in the Xinjiang region, the New York Times reports. The move follows allegations that funds from a $50 million education project loan granted in 2015 were used for the ongoing crackdown on Uyghurs and other Turkic ethnic minorities in the region, China Digital Times* adds:

Launched in 2014, a steadily intensifying Xinjiang crackdown has included limits on Islamic dress and religious customs, and the promotion of practices forbidden in Islam. Fueled by the application of cutting edge AI technology, the campaign has since 2017 culminated in a mass detention program where an estimated 1.5 million Uyghurs have been or are being held in a network of internment camps. (IPVM recently reported that Chinese firm Hikvision was marketing an AI camera that automatically identifies Uyghurs, only to remove the marketing claim days after IPVM inquired the company about it.) Chinese authorities initially denied the camps’ existence, but have since contested claims of abuse, insisting they are “vocational training” facilities. 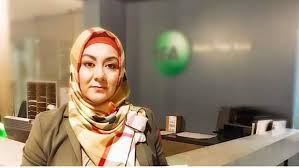 Hoja has been at the forefront of coverage of the internment of, by many estimates, more than 1 million Uyghurs and other Muslim minorities in the XUAR. RFA has received wide recognition for first reporting on the mass internments and related developments. The Economist recently published an editorial noting RFA’s ability “to penetrate China’s wall of secrecy in Xinjiang by pumping local sources for information, using their own language.”

“Gulchehra and RFA’s Uyghur Service have worked tirelessly to bring to light the human rights abuses happening in China’s Uyghur region,” said Libby Liu, President of RFA. “We must also remember the extraordinary pressure facing her and her fellow journalists in RFA Uyghur, as Chinese authorities have targeted their family members in China in retaliation.”

“It is an honor to be recognized with this award for my reporting about the dire situation in China’s Far West for the Uyghurs,” Hoja said,. “My colleagues and I know that no matter the obstacles or the adversity we face, it is crucial that we continue to reveal the truth.”

Among many other stories, Hoja has reported on the construction of crematoria near the internment camps in the XUAR, the sterilization and sexual abuse of female detainees, and the situation facing “orphaned” children, whose parents have been detained, RFA adds. Hoja is among at least six members of RFA’s Uyghur Service who have family members in China who are missing, detained, or jailed in retaliation for these RFA journalists’ work.