What makes the  populist wave sweeping the Western world so disturbing is the characteristic that unites all populists: their rejection of liberal values, argues Carla Norrlof, Associate Professor of Political Science at the University of Toronto.

If the world once seemed to be moving inexorably toward greater political and economic freedom, human dignity, tolerance, equality, nondiscrimination, open markets, and international cooperation, all are now under threat. That is bad enough, but the decline of liberalism will have consequences beyond a few individual countries. Because the countries that uphold the liberal international order, especially the United States, are turning against liberalism, they risk undermining the order they built, ushering in a more antagonistic and dangerous world, she writes in Educate to Liberate: Open Societies Need Open Minds, an article for Foreign Affairs.

So, today, “every type of regime is getting worse,” Diamond adds. “Liberal democracies are becoming more intolerant. Illiberal democracies are electing authoritarian personalities like President Duterte in the Philippines, who are purging judges and locking up journalists who dare to criticize them. Authoritarian regimes that once coexisted with pockets of opposition no longer see the need to bother. In Cambodia, the party of the long-ruling dictator, Hun Sen, now controls every seat in Parliament. And China is now constructing the first truly Orwellian surveillance state.” 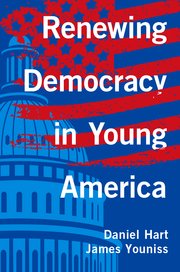 Civic education or teaching citizenship can contribute to the renewal of democracy, observers suggest.  The Gallup organization reported that in 2018, 74 percent of school superintendents were concerned for preparing engaged citizens, a dramatic increase from the 50 percent found in the same survey a year and three years earlier, note James Youniss Ph.D. & Dan Hart Ed.D., authors of Renewing Democracy in Young America.

But they have spent far less time worrying about ethnic and religious discrimination, especially in developed countries. That is a mistake. If left to fester, such discrimination poses a serious threat to the liberal international order. It undermines the principle of equality and allows illiberal populists to surf into office, where they weaken democracy and the order itself.

“It’s not enough for citizens and policymakers to defend democracy and economic openness,” she contends. “By broadening access to higher education and living up to the liberal values in which they claim to believe, universities have a chance to help save those values in society at large. That will play a crucial role in preserving the liberal international order.”

With the recent deterioration of our political institutions and the decay of our civic life, many observers have looked to the schools in search a remedy, the Shanker Institute notes. However, a vigorous education into democratic citizenship could cultivate a political culture with deep roots in democratic values and practices, thus enabling a powerful force for democratic change from below.

But the road to a reinvigorated, robust civic education faces major challenges. Since the mission of civics is the preparation of American citizens, it cannot be separated from intrinsically political questions -– about who is and can become a citizen, about what the rights and duties of citizenship entail, and about how citizens should understand and act on their relationship to each other and to their government. Civics also involves political issues of equity, since research has demonstrated that race and class limit the access of many students to the rich educational experiences that prepare them to become powerful citizens. In a time of intense political polarization, is it possible to find common ground on how to teach civics to all our students?