Senegalese President Macky Sall is headed towards a second term in office, his prime minister has alleged. Mohammed Dionne said preliminary results suggested Mr Sall had secured about 57% of the vote in Sunday’s elections, but an official result will take days. But rival candidates warned against declaring the result prematurely, the BBC reports:

Mr Sall faced four challengers in the vote, but was accused of preventing his main rivals from running. Two well-known opposition figures were barred from taking part, after being deemed ineligible because of corruption convictions. As a result of the decision neither the Socialist Party nor the Senegalese Democratic Party, which have dominated the country’s political landscape since independence, are fielding presidential candidates.

He is among the numerous presidents elected in the past decade in peaceful and democratic votes in the region, building hope that a time of bloody coups and strongmen was finally gone. But several of these new presidents have tightened their grip on power by engineering an extension of their terms, jailing opponents and intimidating and imprisoning journalists, the New York Times reports. 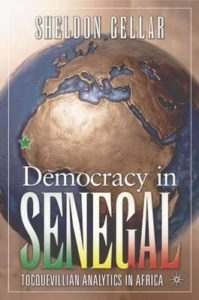 Senegal is considered free by Freedom House, but civil-society groups are worried that freedom of expression is being squeezed, the Economist adds:

Y’en a Marre (“Enough is Enough”, above), a collection of rappers and journalists who mobilised younger voters against Mr Wade in elections in 2012, has come under pressure from the government in recent months. Its donors have been questioned by police about their links to the protests. François Patuel at Amnesty International, another charity, said the police action was a sign of the government trying to intimidate civil-society groups in the run-up to the election.

Y’en a Marre first emerged in 2011 as a grassroots campaign against injustice and inequality, said Thiat (Cheikh Oumar Toure), a Reagan-Fascell Fellow at the National Endowment for Democracy. Spearheaded by the hip hop group Keur Gui Crew in response to local power outages, the nascent protest movement went on to mobilize against the controversial bid by Senegalese president Abdoulaye Wade to remain in office for a third term.