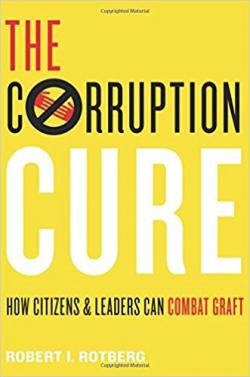 Brazil’s jailing of its beloved former president Luiz Inacio Lula da Silva on Saturday sent a strong signal to all of Latin America that the era of political impunity was over, notes Robert I. Rotberg, author of The Corruption Cure. Some presidents in Brazil and other South American countries have been impeached, but very few politicians have previously been sent to prison, and none as popular as Lula (as he is widely known in Brazil), he writes for the Globe and Mail:

More than 165 politicians and corporate executives have been jailed and fined for corruption in Parana and in other courts as a part of the still unfolding and lavish Lava Jato, or Car Wash, case. In 2014, the police pursued a money-laundering episode that occurred in a petrol station’s car-wash establishment. Arrests there led to the discovery of about US$800-million in illicit payments made in Brazil and throughout Latin America by the Odebrecht construction company to secure contracts from Petrobras, the big state-owned Brazilian petroleum company, and to buy influence in a dozen other South and Central American nations.

The protests against Brazil’s ruling kleptocracy were a sign of “an anticorruption Zeitgeist that has swept the world in the past decade,” says Carnegie analyst Sarah Chayes.

In Brazil, they object to an entrenched and highly corrupt political elite that has failed to provide basic services like health and education to the general public, notes Stanford’s Francis Fukuyama, a board member of the National Endowment for Democracy.

“For them, it is not enough that Brazil’s president, Dilma Rousseff, was herself a left-wing activist jailed by the military regime during the 1970s and leader of the progressive Brazilian Workers Party,” he wrote for the Wall Street Journal. “In their eyes, that party itself has been sucked into the maw of the corrupt ‘system,’ as revealed by a recent vote-buying scandal, and is now part of the problem of ineffective and unresponsive government.”

Does democracy have anything to gain with Mr. da Silva’s imprisonment? analyst Carol Pires asks. We don’t know yet. What we do know is that the one person who stands to gain from his downfall is Jair Bolsonaro, the retired military officer and presidential candidate who is No. 2 in the polls. Mr. Bolsonaro was among the first to publicly endorse General Boas’s remark about corruption, yet another cause for concern among many Brazilians already troubled by Mr. Bolsonaro’s repeated praise for the former chief of Brazil’s dictatorship-era torture center, she writes for the New York Times:

For the moment, the army’s resurgence suggests that when the government loses political control, the desire for political power is stoked anew among those in green. In an extreme situation, a mass riot could become a dangerous excuse for those who seek to undermine the democratic system by using the upsurge of radicalism as its pretext. RTWT

The central theme of the upcoming Summit of the Americas will be “Democratic Governance against Corruption”. CIPE’s Ken Jaques and Tim Ridout interviewed Renato de Oliveira Capanema, Brazil’s Director for Integrity and International Cooperation at the Ministry of Transparency and Office of the Comptroller-General.