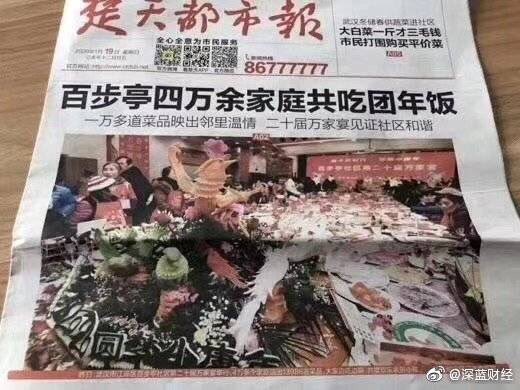 Most countries coping with the challenge would rather see a public message that stresses the seriousness of a shared global challenge and possible paths forward (including successful examples of coronavirus response in democratic societies such as Taiwan and South Korea), they write for Foreign Affairs. 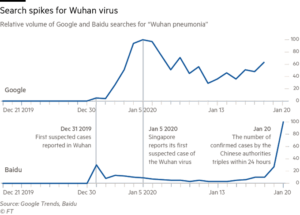 The pandemic has revived an old nostrum: Totalitarians perform better in devastating times than democracies. Not so—the cure is worse than the catastrophe, notes Josef Joffe, a fellow of Stanford’s Hoover Institution. A system based on the consent of the governed is messy. But it is working throughout the West, he writes for The American Interest.

The democracies are far better equipped to strike the right balance between health, wealth, and liberty. China’s Xi need not lose any sleep over this three-cornered conflict of values. Yet Western leaders must crack the trilemma for a simple but compelling reason, which is to keep the state of emergency from escalating into a panic and then jelling into a New Normal. Let China be China, but take a daily dose of vaccine against the virus of state supremacy. As seductive as the authoritarian therapy may look, it may cripple the patient known as “Liberal Democracy.”

A longstanding goal of Vladimir Putin’s regime is to replace the liberal rules-based international order with one based on spheres of influence, great power imperialism, and limited sovereignty for small states, notes analyst Brian Whitmore. Now a Kremlin-connected pundit is arguing that the pandemic, and the havoc that it is unleashing, could advance that goal, he writes for CEPA’s Common Crisis:

In a commentary for the Kremlin mouthpiece Izvestia, provocatively titled “Coronavirus Instead Of War,” Andrei Bystritsky notes that major wars have often given birth to new world orders: the Thirty Years War led to the Westphalia system, the Napoleonic wars to the Congress of Vienna, and World War II gave us Yalta. He then asks bluntly: “Will [the coronavirus crisis] play the role of creative destruction that is necessary for the emergence of a newly arranged world?” Bystritsky, who is chairman of the Valdai Discussion Club, a Moscow-based talking-shop that promotes Putin to an audience of foreign influencers, argues that the West is making this more likely by its “socio-political or socio-psychological psychosis” in overreacting to the pandemic.

If governments are allowed to impose indefinite and disproportionate restrictions on access to information, free expression, free assembly and privacy in the name of stopping covid-19, the negative effects will extend far beyond this outbreak, note Allie Funk and Isabel Linzer, a research analyst and research associate, respectively, at Freedom House, a partner of the National Endowment for Democracy (NED).

People will suffer a lasting deterioration in basic freedoms, and they will lose confidence in the institutions tasked with protecting them. That means that when the next public health threat emerges, both governments and citizens may be even less prepared to respond appropriately, they write for The Washington Post. RTWT