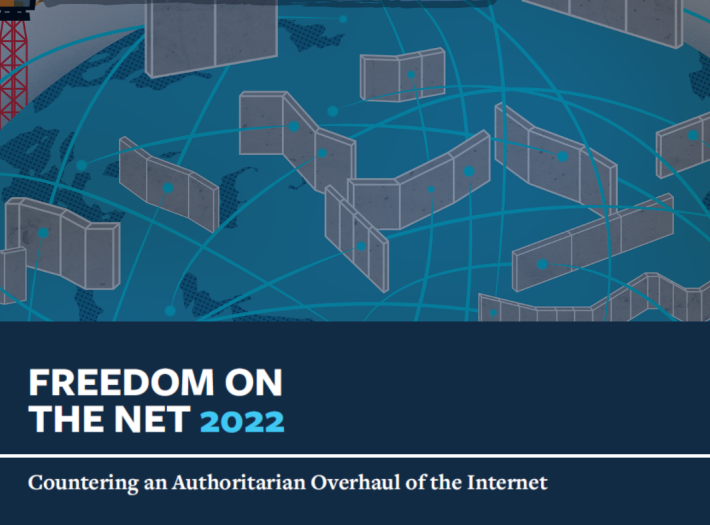 Global internet freedom fell for the 12th straight year, led by Russia as well as by worsening conditions in Myanmar, Sudan and Libya, says a new report from Freedom House.

The analysis, Freedom on the Net 2022: Countering an Authoritarian Overhaul of the Internet, finds that the internet is more fragmented than ever, with a record number of governments imposing restrictions on what billions of people can access and share online—whether by blocking foreign websites, hoarding personal data, or increasing control over their countries’ technical infrastructure, the authors write. The moves by repressive leaders, both within their borders and on the international stage, seek to divide the open internet into a patchwork of repressive enclaves where they can advance their narrow interests and cement their hold on power. 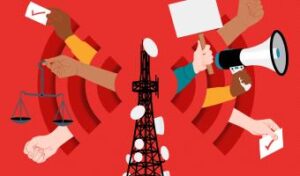 Global internet freedom declined for the 12th consecutive year. The sharpest downgrades on the report’s 100-point scale were documented in Russia (−7), Myanmar (−5), Sudan (−4), and Libya (−4)….

Users in China have the least internet freedom for the eighth consecutive year.….The government continued to tighten its control over the country’s booming technology sector, including through new rules that require platforms to use their algorithmic systems to promote CCP ideology. 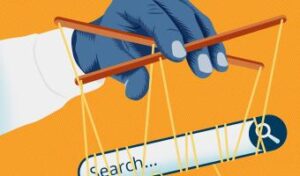 A record 26 countries experienced internet freedom improvements. Two of the larger improvements occurred in The Gambia (+3) and Zimbabwe (+3). Despite the overall global decline, civil society organizations in many countries have led collaborative efforts to improve legislation, develop media resilience, and ensure accountability among technology companies…

Internet freedom in the United States improved marginally for the first time in six years. There were fewer reported cases of targeted surveillance and online harassment during protests compared with the previous year, and the country now ranks ninth globally, tied with Australia and France. ….

Human rights hang in the balance amid a competition to control the web. Authoritarian states are vying to propagate their model of digital control around the world. In response, a coalition of democratic governments has increased the promotion of online human rights at multilateral forums, outlining their vision for a free and open internet.

China’s party-state is not only supporting the proliferation of digital public security technologies, but also enabling the rise of digital authoritarianism, the Atlantic Council’s  Bulelani Jili writes in China’s Surveillance Ecosystem & The Global Spread Of Its Tools.

As authoritarians try to reshape the global technological environment to fit their priorities of control and surveillance, democracies must adopt common tech standards of transparency and accountability, the international Forum’s Christopher Walker writes in the new issue of the Journal of Democracy (free access for now). 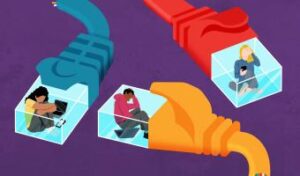 But the report adds that a record 26 nations have made progress, with notable gains in The Gambia, which is shaking off two decades of dictatorship, as well as Zimbabwe, which has made progress with a new law on data protection.

The US-based democratic advocacy and research group assessed nations on a 100-point scale on indicators including obstacles to internet access, limits on content and violations of users’ rights.

Civil society has begun to see fruits of advocacy around the world, said Allie Funk, a co-author of the report. 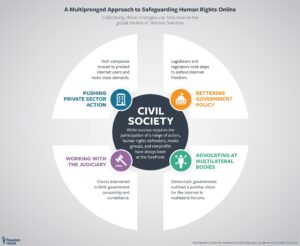 “Over the past three to five years, you’ve seen a massive emphasis on human rights online, from democratic governments putting a lot of money in internet freedom programming and tech companies — some of them — starting to pay attention to these issues,” said Funk (below), research director for technology and democracy at Freedom House, a partner of the National Endowment for Democracy (NED).

“Russia’s invasion of Ukraine undermined internet freedom, not just in Russia and Ukraine but globally,” she said, but the outlook overall is “actually a lot more positive than we’ve had previously.” RTWT