The number of countries “knocking on China’s door” will give Beijing’s soft power a boost, according to one expert, The Washington Post reports.  “There is no European solidarity,” said Elias Mossialos, head of the Department of Health Policy at the London School of Economics. 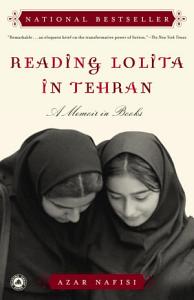 One thing that has been on my mind for the past few weeks is the similarities between what happened in my first home, which is Iran, and what is happening in my second home, which is America, notes Azar Nafisi, the author of Reading Lolita in Tehran. The Iranian regime is a totalitarian one and Iran is not a democracy, but totalitarianism as a mindset can be anywhere. Here, two important things should be noted about the Iranian people, she tells Francis Fukuyama in The American Interest:

The coronavirus crisis reminds Fukuyama of something Vaclav Havel said, he adds.

“He focused on this quite a bit, how totalitarian societies are a ‘convex mirror’ of democracies. He said that they expose and reveal the potential and latent tendencies within democracies, because totalitarianism and democracy are both mindsets that can exist anywhere.”

Both Nafisi & Fukuyama are former board members of the National Endowment for Democracy (NED).