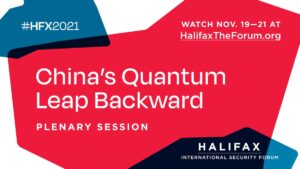 “Crisis of democracy” is a cliché of our time. But what about the even more consequential crisis of autocracy? Just watch the meltdowns in China, Russia, Turkey and arguably Africa’s biggest authoritarian state, Ethiopia, The FT’s Simon Kuper writes:

Chinese autocracy worsened the pandemic. Even presuming that Covid didn’t stem from an accident in a Wuhan laboratory, China’s secrecy cut months off the world’s preparation time. Had the virus originated in Italy, say, then by late November 2019 epidemiologists everywhere would have been informed and planning countermeasures. ….China remains poorer per capita than Greece, while Russia is now probably becoming so — and with worse inequality.

While Ukraine and Taiwan differ in many ways, as relatively young democracies living alongside larger authoritarian neighbors with long-standing designs on their territory, the two face strikingly similar strategic predicaments, notes David Sacks, a Research Fellow at the Council on Foreign Relations. 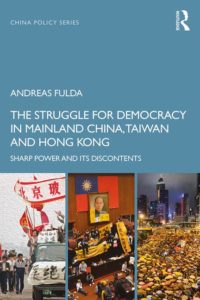 Chinese President Xi Jinping speaks of Taiwan in much the same way Putin talks about Ukraine, highlighting blood ties and arguing that China and Taiwan are one family. Whereas Putin has recently challenged the traditional understanding of state sovereignty, in order to suggest that Ukraine does not deserve it, Xi (like his predecessors) denies Taiwan’s sovereignty altogether, he writes for Foreign Affairs:

President Volodymyr Zelensky’s ability to rally the Ukrainian people and international public opinion has shown Chinese leaders the importance of eliminating Taiwan’s political and military leadership early in a conflict and breaking the Taiwanese people’s determination to resist. In practice, this would, at a minimum, entail attempting to assassinate Taiwanese leaders to demoralize the population, inhibit command and control, and prevent the emergence of a rallying figure. But China would likely pursue even more expansive operations ahead of any assault, including sowing divisions within Taiwanese society, spreading disinformation, and severing Taiwan’s communications with the outside world. China has already established essential platforms within Taiwan for spreading pro-China messages through investments in media outlets and recruitment of intelligence assets. It will surely continue to refine this non-kinetic element of warfare.

Yet it would be a mistake to assume that Russia’s invasion of Ukraine will in any way hasten China’s desire to achieve unification with Taiwan, adds Sacks. Fundamentally, Chinese leaders’ calculations about whether to use force against Taiwan are political decisions that Moscow’s actions will not influence. Moreover, Chinese officials are well aware that attacking Taiwan now would likely fuel Western fears that Beijing and Moscow are forming an authoritarian axis and beginning to act in concert, thereby increasing the likelihood of direct intervention by the United States and its allies.

Although Russia’s war against Ukraine is in Europe, Japan is viewing the actions by one autocracy and drawing conclusions on what its neighboring autocracies could do in the Indo-Pacific region, says Dr. Jeffrey Hornung, a senior political scientist at the RAND Corporation.

Japan has long attached great importance to free trade and universal values like democracy, rule of law, and human rights, but it is only since 2016 that it has packaged its advocacy of these things in a broadly appealing concept called the free and open Indo-Pacific, he tells Mercy A. Kuo, Executive Vice President of Pamir Consulting.

Under then Liberal Prime Minister Malcolm Turnbull, laws were passed preventing foreigners from donating to Australian political campaigns, among other measures, and a ban was imposed on Chinese telecoms giants Huawei and ZTE from building Australia’s 5G network. After the 5G ban, China’s foreign affairs spokesman urged the country to “abandon (its) ideological prejudices,” CNN reports:

Charles Edel, the inaugural Australia Chair and a senior adviser at the Center for Strategic and International Studies (CSIS), said China’s aim was to make Australia more compliant, but it hasn’t worked. “It has had the opposite effect,” he said. “It hardened public attitudes in Australia and pushed Canberra to lead the charge against China’s coercive actions.”

According to the Lowy Institute’s 2021 poll of Australians on China, the vast majority were negative about China’s system of government and China’s military activity in the region, though they were positive about China’s people and Chinese culture, CNN adds. 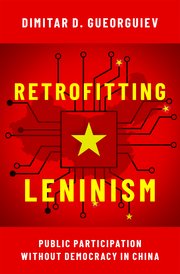 “Democracy is turning on itself, and technology is the tool,” said Samir Saran, president of the Observer Research Foundation, in the opening keynote for Black Hat Asia 2022. “If democracy is to survive, technology will have to be tamed.”

POLITICO draws attention to a “bizarre 7,234 word Chinese Foreign Ministry screed” about the National Endowment for Democracy (NED), the Washington-based non-profit dedicated to providing “a comprehensive support system for democrats in more than 90 countries,” noting that NED’s China-focused projects in 2021 included “Defending the Religious Liberty of Persecuted Individuals through Media Advocacy” and “Advancing Worker Rights and the Rule Of Law.”