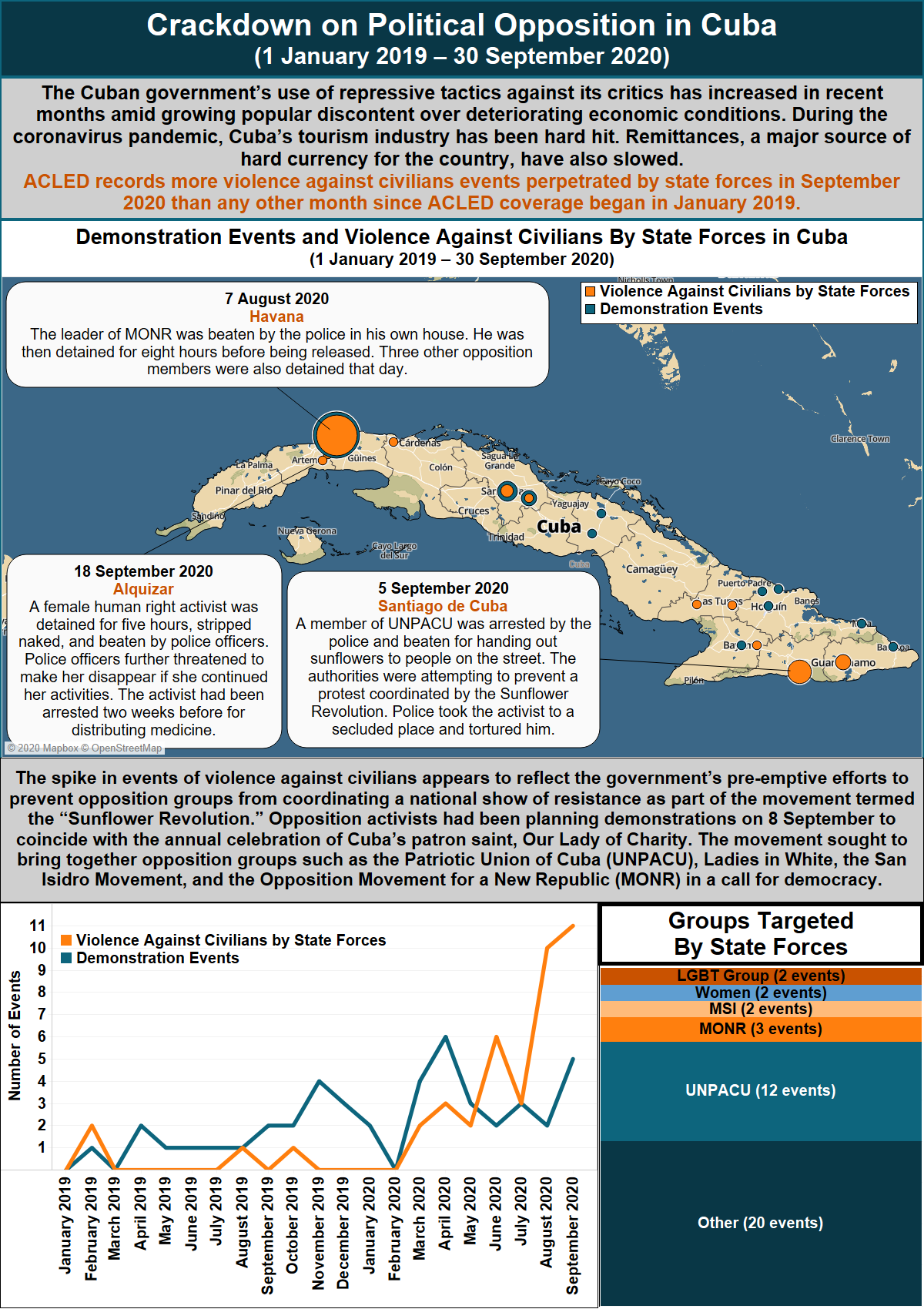 As Cuban democrats mark the ninth anniversary of the death of Ladies in White leader Laura Pollán, state violence is on the rise, according to the Armed Conflict Location & Event Data Project (ACLED – above).

Radio Martí reported on October 14, 2020 that the headquarters of the Ladies in White in  Havana, starting early Wednesday morning was under police surveillance, on a day when several activists from that movement planned to gather there to pay tribute to Laura Pollán on the ninth anniversary of her death, the Center for a New Cuba reports. 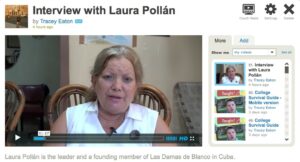 “Everything will continue as always, without the physical presence of Laura Pollan, but spiritually she will be with us,” Soler said. “Tomorrow we will go to the Church of Santa Rita as we have been doing for eight years.”

Under its existence, Latin America has witnessed the gradual consolidation of brutal dictatorships in Venezuela and Nicaragua — and the continuation of a communist dictatorship in Cuba, which never signed the Charter — and worrisome levels of democratic backsliding in the countries of the Northern Triangle and in Bolivia, writes AEI Research Fellow Ryan C. Berg.

Too often, the Charter failed to inspire a vision for a shared hemisphere of integrated and increasingly prosperous democracies; rather, it avoided slipping into irrelevance only as a coercive tool in the occasional attempt to bring wayward countries back into line — Venezuela in 2002, Honduras in 2009, and Venezuela again in 2016, he asserts.