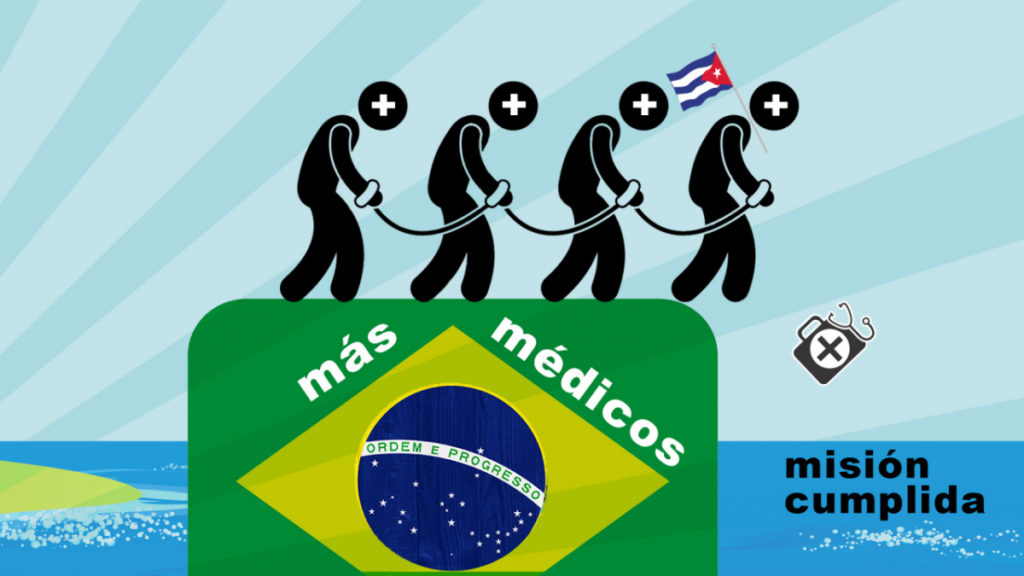 The Cuban program that exports doctors around the world qualifies as human trafficking according to a resolution introduced in the U.S. Senate on Thursday, Reuters reports:

The resolution specifically mentions about 8,300 medical workers who had been stationed in Brazil under a contract with the Cuban government until recently. The workers have since been pulled out by Cuba because of criticism from new Brazilian President Jair Bolsonaro, who called them “slave labor.” Bolsonaro objected to both the fact that the Cuban government keeps the vast majority of wages paid to the doctors and that they are not allowed to bring their families with them on assignments.

A resolution introduced by Senators Bob Menendez (D-N.J.), Ranking Member of the Senate Foreign Relations Committee, and Marco Rubio (R-Fla.), outlines the ordeal of thousands of Cuban medical professionals forced to take part in a state-sponsored program of “forced labor” in Brazil, “where they are subject to wage garnishing, restrictions on movement, and constant surveillance – conditions that constitute state-sponsored human trafficking.”

Cuban doctors earned 10.5% of the total of 4,276.25 dollars a month Brazil paid for them (see wage slip below), 450 dollars in hand (400 them and 50 their family), and another 550 dollars that Cuba held for 3 years until they had to return to Cuba, tying with one more variable the return of its slave labor, UNPACU adds.

“Recent information from Brazil shows how the Cuban government profits from its state-sponsored foreign medical missions, which they sell as medical diplomacy but look a lot more like indentured servitude,” Menendez said in a statement.

The resolutions follows an investigative report by Diario de Cuba which revealed the indentured servitude of Cuban medical professionals, the Senators note. In 2016 alone, it is estimated that the Castro regime earned more than $8,000,000,000 from exporting the services of Cuban professionals, of which foreign medical missions represent the majority of the income.